Giving Tours to Students – A Willingness to Try

Giving Tours to Students – A Willingness to Try

CMs share their perspectives on giving tours to students

An SBC Industry News poll earlier this year engaged our readers in a conversation about giving tours to student groups that resulted in some common themes we thought were worth exploring. The April article explored the primary commonality among those component manufacturers (CMs) that take the time to engage with students: They all simply believe it’s the right thing to do. As we continue to delve into this topic, a second important trait to explore about CMs who host student tours is they all have a willingness to try to engage with local educators. 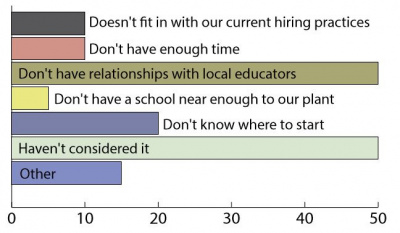 The poll revealed that, of the CMs who reported they did not do tours with students, 50 percent indicated that one reason was they “don’t have relationships with local educators,” which was tied with “haven’t considered it.” Using the stories and best practices of some seasoned tour-givers, this article will focus on a few of the ways CMs can approach their efforts to build relationships with local educators while emphasizing that there isn’t just one way to go about doing this. 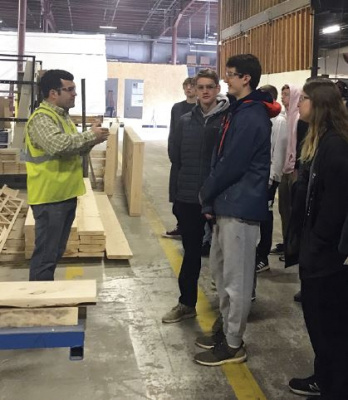 Get the Ball Rolling...

Design Manager Dallas Austin and his team at Big C Lumber in Dowagiac, Michigan, have had a lot of success opening up their plant to local high school and technical school students. He suggests a key place to begin your efforts: Identify the people in your company that are passionate about the idea of getting young people involved in the industry. Then, “keep it simple,” he says. “Reach out and give it a try.”

Rick Moto, manufacturing systems manager for Toll Integrated Systems, Inc. in Morrisville, Pennsylvania agrees. “Try, try, and try again,” he says. “It’s not something you try once and give up. Make contact with the administrative team at the schools and talk up your business. Touch base regularly to keep your name in their heads.” Rick suggests handing out business cards as you develop new relationships and leverage existing connections. “It’s like being a salesperson,” he says. “You have to accept no sometimes, but you have to keep trying.”

“I basically cold-called the teachers,” says Justin Richardson, who has called his local schools and asked to speak to someone who could help him reach technical students. As sales manager at Richco Structures in Sheboygan, Wisconsin, he also understands that persistence is key. “Not everyone is going to see the value,” recognizes Justin. “If the teacher doesn’t buy in to what you’re offering as an alternative to a four-year degree, then you may need to move on.” Nevertheless, that doesn’t negate the effort. Justin’s perseverance has resulted in strong relationships with more than one local high school. 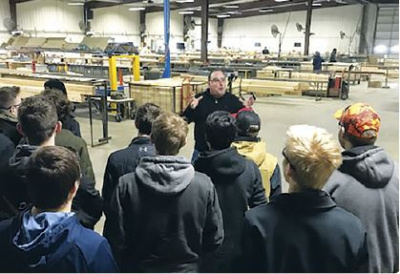 “Teachers are looking for other things to show their students and jobsites are tricky to visit,” says Bryan Huot, vice president of manufacturing for Preferred Building Systems and New England Homes, a division of LaValley Building Supply, LLC in Claremont, New Hampshire. Bryan has found that an offsite construction facility is perfect for tours with students because of the controlled environment and not having “to worry about weather.” In addition, because his operation produces modular, closed wall components, Bryan says, “students can see all stages – framing to MEP to designers to truck drivers.”

Bryan suggests simply “reaching out to the teacher/professor/tech director and finding out what their need is.” In his experience, once you know the need you can best determine how your plant can answer that need. “It will be different for everybody – plants, schools, regions of the country,” he says. “The starting point is opening up that dialogue with the educators to be a resource for them.”

...and Keep It Rolling

Dallas suggests following up with the teacher after each tour to discuss what could be better or different. “It takes an hour once a semester,” he says. “Once this is set up, it keeps itself going – the teacher reaches out to ensure it stays in their lesson plan. It’s not like having to go out and find new customers every quarter.” The time investment at Big C has paid off with a waiting list of students who are interested in their internship program.

Bryan’s experience has been similar: “We have invited schools in to the point where teachers make a tour part of their curriculum.” He also believes part of that success is because they help teachers “hone in on what students need to be successful in the workforce.” Bryan says that discussing important life skills – can you show up? commit to something? be flexible? – helps teachers emphasize these points, which adds value to the experience for their students.

Need a Foot in the Door?

If you’re not having any luck getting past the main office at your local schools, look for an in, suggests Bob Mochinski, vice president of operations at Littfin Lumber Co. in Winsted, Minnesota. “It’s been very successful for us to network through our employees,” he says. “You’d be surprised how many have friends or family who are teachers or on a school board. They know something about their schools.”

Moreover, Bob finds that his employees “are proud to show off where they work,” which can be a starting point for employees who have or know children in the schools. “Using employees with good connections is a good approach,” says Bob. “Know where your current employees went to school. Know how and why they are in the business.” He says you might be surprised to learn that the first time they heard about component manufacturing was at a tour in your plant. 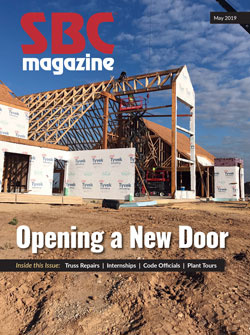 Editor's Message: What Does Your Company Actually Sell?
President's Message: Protecting the Value of Your Business
Faces of the Industry: Larry Dix
Parting Shots: Getting Fresh Ideas
CM Perspective: Be an Innovator in Off-Site Construction
Safety Tip: Can You Hear Me Now?