This is the second time in a decade Trussway employees have saved a life on the job.

The Friday shift ended on June 30, at the Orlando, Florida Trussway plant, and the production employees began making their way over to the office. Forklift Operator Hermengildo “Triny” Lopez was walking alone, but the employees a few steps ahead heard something and, fortunately, looked back to see him unresponsive on the ground. Then they sprang into action.

“There’s video of the whole process,” noted Operations Manager Brian Freer. “To see all the guys run over there to help him was pretty remarkable.” Security cameras show the production employees responding in seconds, assessing the forklift driver and calling 911. It was a matter of minutes before the EMTs arrived at the scene. Without such rapid response, Freer observed, “they would’ve lost him.”

The employees were ready to respond to a medical emergency thanks to an ongoing effort to formalize and standardize safety training across Trussway locations. “You never expect the training to come through,” Freer said, but this isn’t the first time it’s happened.

In 2010, SBC Magazine reported a different case of Trussway employees successfully responding to a heart attack. Well before that incident occurred, Trussway had begun to regularly bring in CPR trainers from outside groups to prepare a select few staff members to be first responders. After each training, all employees are told which staff members are CPR certified, so they know who to call for help.

Freer says that actually taking care of a fellow employee and having to use their training was something of a wakeup call for everyone involved. The Orlando plant has now purchased automated external defibrillators (AEDs). They’re looking to expand their staff CPR training sessions to full eight-hour courses. And they’ve been reaching out to the Florida Red Cross to learn more about train-the-trainer options. Freer says he looks forward to having the leadership team take a multi-day class that would certify them to train anyone else in the plant.

A lot of luck contributed to this story’s happy ending – most critically, the incident occurred at work, where people with CPR training happened to be close by and noticed what was happening. Both Freer and Gouldthorpe iterated the EMTs’ assessment that a slower or less thorough response would have cost a life that day.

Gouldthorpe added that the incident still hasn’t fully sunk in for the employees who were most closely involved. “I still don’t think it’s occurred to them how big of thing this was.” 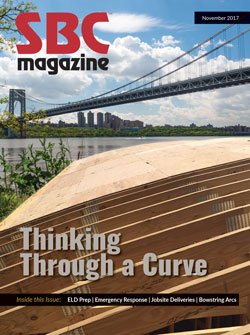 Promote Your Problems (and how you solve them every day)
Have No Fear: Engagement doesn’t mean a big time commitment
Faces of the Industry: Becki Kyle
Parting Shot