A New Solution to an Old Problem

A New Solution to an Old Problem

Working with city officials to understand the drawbacks to sealed TPDs

In Texas, component manufacturers (CMs) are sometimes asked, and sometimes required, to seal truss placement diagrams (TPDs). The problem is, not only are sealed TPDs unnecessary, it’s contrary to Texas state law.

Paul Johnson, director of technical services at Universal Forest Products, Inc., has been educating building officials and municipal leaders throughout Texas for years to help them understand that TPDs do not require, nor should they need, an engineer’s seal. But despite his best efforts, building officials in certain municipalities continue to require it.

“It’s frustrating, you have to go back and repeat your arguments and training for each city,” Paul says. “They all want to do things the right way but there’s no place where they can go to be told how to do it. They’re stuck trying to do what’s right for the general public, and at the same time we’re trying to incorporate how we work as an industry, and sometimes those don’t line up very well without the educational process.”

Structural engineering in the state of Texas is governed by the Texas Engineering Practice Act and Rules (TEPAR). It’s important to note this is a statute adopted by the Texas legislature and signed by the governor, and interpreted through regulations promulgated by the Texas Board of Professional Engineers. TEPAR states under its sealing procedures (137.33) that the “…seal is to assure the user of the engineering product that the work has been performed or directly supervised by the professional engineer named….” Because TPDs are neither created by, nor under the immediate direct supervision of a licensed engineer, as opposed to individual truss design drawings (TDDs), by law they should not be sealed. In other words, requesting to seal a non-registered engineer’s work in Texas is illegal.

SBCA has been addressing this issue for decades. Most recently, in early 2016, SBCA created a Research Report detailing why this practice is of concern to component manufacturers and why engineering seals should not be required on TPDs.

In March 2017, SBCA staff and members met with officials in Austin, Texas, to understand their perspective on sealed placement diagrams and shed some light on how the practice is unwarranted and can have negative unintended consequences.

“The conversations helped move the needle but the problem is the needle moves very slowly,” Paul says, adding that municipalities continually hire new employees, which makes it difficult to establish close relationships.

“Trust is also a big issue with this process,” Paul says. “A stranger can’t walk into a government office and say this is how it should be done. You have to have relationships to have constructive meetings with city officials.”

Origins of the Problem

Recent issues with sealing TPDs in Texas go back to 2012, when Texas municipalities began updating their building codes and enforcement mechanisms. Paul explains that the cities needed help with their ISO audit and rating. ISO audits are conducted by the federal government and can determine a municipality’s ability to receive low cost loans, government funding, or grants.

“It’s in their best interest to pass the audits,” Paul says.

Some major Texas cities were falling short on their audits, and their building departments were getting some of the blame, so they sought a remedy they felt would ensure their buildings would be up to code. They began looking at the engineered designs being produced by CMs and soon implemented a new plan to require sealed plans, without input from the industry. 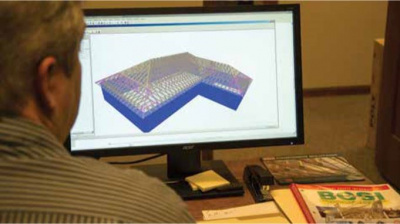 “They were stepping in the right direction, in my mind, but they overstepped and didn’t communicate well,” Paul says.

Before this new concept could take off in San Antonio, CMs were able to quickly shut it down. Around the same time, Austin went through an ISO audit and heard about San Antonio’s new requirements and decided to go down the same road.

“That’s when the headache really began,” Paul says. “We had new city officials that want to push this thing through.”

Austin city officials, permit technicians, and plan reviewers couldn’t define what they wanted. Paul’s company was giving out five different types of permit packages for one city, and after three years, eventually was able to get it down to two or three packages for the same permit.

“We’re thinking we’re in good shape, now other cities are hearing what the city of Austin has done,” Paul says.

Despite repeated attempts, the practice continues today, which had Paul looking for another avenue to steer the cities in the right direction.

Benefits of Getting Help

After several phone calls with SBCA staff, Paul originally looked at drafting a state legislative proposal to stipulate that TPDs did not need to have an engineer’s seal. With a changing political landscape, he instead opted to pursue standard language that he can use as a template when meeting with local officials.

Paul’s work throughout Texas underscores the importance of CMs developing strong relationships with their local officials. The best method for doing this is to   to make sure they fully understand the component manufacturing process and benefits. Explaining to them face to face why TPDs are not engineering documents and how they are not prepared by engineers, while at the same time showing them how technologically advanced the CM industry is, will always help.

It also highlights the need to rely on other CMs, your chapter, and SBCA staff to help address local issues. With resources already developed, SBCA can work with you to tackle any issue that is impacting your company. Connect with us by email or call 608-274-4849.

“I appreciate having the ability to reach out to SBCA anytime, with any questions or concerns I have,” Paul says. “Being part of the association is incredibly valuable, their ability to help me address issues of any size is worth the time and effort to be involved.”

About the Author: TJ Jerke tackles local, state, and federal issues that impact the daily operations of component manufacturers and explores what they can do to advocate for their needs in the marketplace. Kirk Grundahl, P.E. and SBCA legal counsel Kent Pagel contributed to this article. 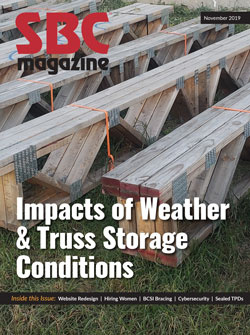