Editor's Message: Your Framer’s Success Is Your Success

Editor's Message: Your Framer’s Success Is Your Success

Our cover story illustrates the potential of NFC.

Though it may be hard for you to admit, Apple does not care about you. They don’t care about what you personally want out of your iPhone and they really aren’t that interested in your particular user experience. I’m picking on Apple (pun intended), but most producers in the world today have a similar attitude. They identify a need (or create one) and then produce a product that mostly meets that need when they aggregate a large population of potential customers. 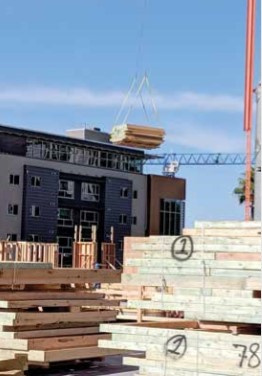 While this approach works well for mass production, it certainly doesn’t work well in the light-framed construction market. While would-be disruptors very much want it to be a reality, real estate developers understand that, for the most part, nobody in the U.S. wants to live in a cookie-cutter home or work in a drab box if there is an alternative. American consumers want unique structures that actually fit their individual experiences and personalities. As a result, most buildings end up being one-off projects.

Some would argue the truss industry is to blame for this, at least when it comes to residential construction. If it wasn’t for the extreme flexibility that metal-plate connected wood trusses provide to roof profiles and spans, its likely homes and apartments would be smaller and more uniform.

The construction project featured on the cover of this issue, and pictured here, is a perfect illustration of the “monster” this industry has created. The RendezVous Urban Apartments in downtown Tucson, Arizona, required wood structural framing taken to the extremes of what is possible using today’s most advanced computer-aided design and a component manufacturer’s expertise. It’s an impressive feat.

However, the CM’s contribution to the project is only part of the story. The project’s success relied heavily on the knowledge and skills of the framing contractor who had to specify, install, and adjust all of the structural framing elements as each floor was constructed. It was a herculean task.

As the story on page 16 makes clear, neither company would have been so successful without the other. They both had to fully commit to the partnership and then communicate and collaborate every step of the way. Truss Fab had to listen closely to its customer, Agra Tech, and do everything they could not only to design the structural elements that provided the correct load resistance, but also to ensure they could be installed in a practical way. 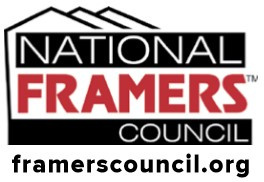 Truss Fab’s deep consideration of the needs of its framing contractor customers has allowed it to grow quickly in recent years and prosper in the Southwest. Their recent partnership with Agra Tech opens up more opportunities for large-scale, wood-framed jobs they might not have had a shot at otherwise. The interesting thing is that Agra Tech feels the same way. With Truss Fab in their corner, they feel confident to take on larger, more complex jobs.

That kind of win-win arrangement between a CM and a framer is exactly what the founders of SBCA’s National Framers Council (NFC) envisioned when they started the organization. They understand that everyone benefits when the CM is working closely with the framers installing their products. While Apple can survive getting things mostly right for their customers, CMs are most successful if their products closely meet the needs of their framers.

If you haven’t done so, encourage the framers in your market to get tied into the NFC. Shem Jessop, owner of Agra Tech, would attest that their involvement with NFC has made them a more effective framing contractor who appreciates even more what componentized framing can achieve. If you read this month’s project feature and want what Truss Fab and Agra Tech have, the NFC is a great place to start.