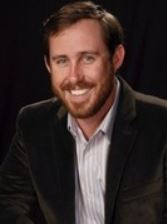 Josh Hendrickson is Director of Sales for Wilson Lumber in Madison, Alabama. He is president of the Alabama Component Manufacturers Association (ACMA) and serves on SBCA’s board of directors as the chapter representative.

We recently added a truss plant in Westmoreland, Tennessee, about an hour and a half north of Nashville and about three hours north of our original Wilson Lumber plant in Madison, Alabama. It came about because we had been at capacity for a couple of years, and a large percentage of business was being delivered to markets far from our Madison plant. Soon after the decision was made to expand operations and markets, we hired a designer from New Mexico who worked for a component manufacturer whose truss plant had recently closed. Realizing there was a significant amount of equipment available for a “turnkey” operation, we jumped at the opportunity to purchase the equipment and relocated it closer to our facility in Alabama.

When you operate an existing business you forget, or don’t appreciate, all the tasks that go into starting a green field operation. We hired a veteran plant manager to set up the new location as a one-man team, and he played “whack–a-mole” for the first few weeks. One day he was helping the IT people string network cables to connect equipment to our network, the next he was receiving and unloading equipment, all while trying to work with local officials to find roughly 30 employees to start operations.

Our new operation is located in a former Fleetwood Homes manufacturing facility in a relatively small town with a traditionally strong manufacturing base. We assumed that it would be relatively easy to find employees for our new facility, but we were wrong. Tough labor markets exist everywhere, and that was one of the initial challenges when starting our Westmoreland facility. Eventually, we found the employees we needed, but then we had to train an entire team that had never built trusses before.

Initially, we believed training an entirely new staff was going to be difficult. We anticipated a slow learning curve with some difficulties mixed in. However, we were pleasantly surprised with how quickly the new employees caught on and how steep their learning curve was with the various techniques we were teaching them and had wanted to implement in our Alabama location. We found they accepted change more easily and the fact that they were green allowed for better progress and a benchmark for us to use when implementing similar changes in Alabama.

Overall, the new production facility has been great for Wilson Lumber. It has allowed us to significantly increase our production capacity, while differentiating commercial and multifamily business from single family projects between the two locations and shifting business between the two to match production and customer demand. It’s also allowed us to better understand our costing models between various types of work and fine tune our processes to be more competitive in our respective markets.