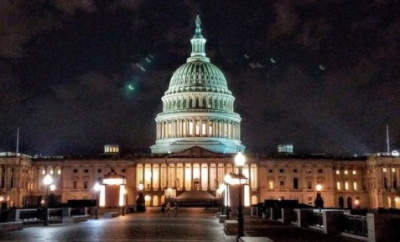 Aspects of the PRO Act that employer groups oppose include authorizations of secondary boycotts, where unions picket firms that are not directly involved with them; amendments to the union authorization process; and forcing workers to pay union dues in order to receive benefits from those unions.

The provisions in the PRO Act are many, but included in it are:

In his statement, Bellaman said the coronavirus pandemic has led to devastating job loses in construction, and that contractors will need to hire hundreds of thousands more workers this year to keep up with project demand. The PRO Act, Bellaman said, would hinder contractors' ability to hire skilled professionals.

"In a time of economic recovery, lawmakers should be working collaboratively and productively on legislation that will help our employees achieve their career dreams," Bellaman said. "The PRO Act is the farthest cry from the solution that our economy, businesses and workers need.”

A version of the PRO Act was passed in the House last year, but the then Republican-controlled Senate failed to vote on it. Democrats now control the Senate by a narrow margin, but Republicans could use a filibuster to derail the bill, which means that at least 60 senators — nine more than a simple majority — would be needed to move the legislation to a vote.

Under that scenario, Democrats likely will not have enough votes required to bring the bill for a vote, which means the PRO Act could languish in the Senate, Kristen Swearingen, vice president of legislative and political affairs at ABC, told Construction Dive.