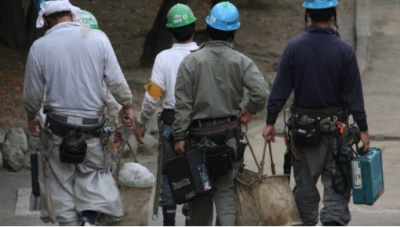 When the coronavirus pandemic slammed the U.S. last March, contractors slashed their workforces as projects slowed or stopped. More than 600,000 construction workers were laid off or discharged in the month, more than 50% above the level registered during the previous worst month on record of April 2009. April 2020 was even worse, with 709,000 workers or 10.8% of the total construction workforce laid off or discharged.

Now that most construction projects are back across the country, contractors are seeing the industry’s persistent labor shortages return. Late last year, layoff activity declined and in December, 13,000 more construction employees across the country quit their jobs than were laid off or fired, another indication of labor market tightness.

“When the pandemic began, some thought (and hoped) that the massive job losses observed in March and April would mitigate the skilled labor shortages that have frustrated construction firms for years,” wrote Basu. “That simply hasn’t happened to any meaningful degree.”

The report warns that, historically, some workers who lose or leave their jobs during a recession don’t return to the industry.

“According to the Census Bureau, more than 60% of construction workers who lost their jobs during the Great Recession left the industry permanently by 2013,” the report says. “Many of these workers found positions in other industries, while others retired altogether."