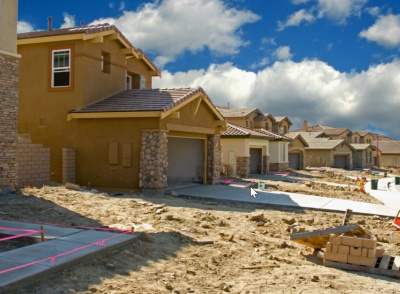 Listening to Toll Brothers’ first quarter earnings call earlier this year, I was struck by a comment CEO Doug Yearley made during the question-and-answer session. The company, which has a long-standing reputation of owning and developing large land parcels at the corner of “Main and Main,” is now taking a different approach.

“We're doing significantly more third-party land banking where we assign a contract to a professional land banker, who then feeds us land back on an as-needed basis,” Yearley said. “And then, we're doing joint ventures with either Wall Street private equity or with our friends in the home building industry, the other builders.”

Yearley continued, “In the old days, we would have grabbed an entire 1,000-lot master-planned community at the corner of Main and Main, and we understand that's how we built the company and good markets rewarded us. And we now recognize that the smarter way to go is to call up one of our friends and split it, and put it off-balance sheet in a joint venture, get project-level financing.”

Yearley’s comments are indicative of a broader trend occurring in the industry. Builders are increasingly moving away from long land strategies in favor of a more asset-light model, as evidenced by that fact that several companies reported a significant year-over-year increase in the number of lots controlled via option agreement in the most recent quarter. While there are several benefits to pursuing this strategy, the main goal in offloading land ownership to third parties is clear: It can boost the metric that shareholders appear to care the most about—return on equity (ROE).

“The higher return builders are the ones that have been rewarded with very high price-to-book multiples on their stock,” says Dan McCann, managing partner at Arroyo Capital, a leading provider of land banking solutions for the home building industry.

A quick look at the publicly traded home builders shows a near-perfect correlation between ROE performance and stock price valuations. The old Wall Street saw of “buy the builders at 1.0x book value and sell at 2.0x” has been shattered by the likes of NVR, D.R. Horton, and LGI Homes, which all trade well above the 2.0x threshold thanks to ROE profiles that exceed 20%. Many on Wall Street attribute the success of the recent Dream Finders Homes IPO—in which the stock soared 62% in its opening day of trading—to its asset-light, high-return business model.

Another benefit to not owning the land outright is the optionality it provides. Builders put up a deposit—typically 5% to 10% for lot option agreements, more for land banking arrangements—for the right, but not the obligation to take down the land.

“Land bankers bear the market risk associated with the asset,” McCann says. “If the market turns, then the builder has every right to walk away and just forfeit their deposit and be done.”

Alan Ratner, lead home building analyst at Zelman & Associates, sees the benefits as twofold. “Land banking allows a builder to walk away from the land and minimize the risks,” he says. “But it also gives a builder leverage if the banker is willing to play ball and reduce the takedown price if the market weakens because they might realize, ‘Hey, we don't have another buyer out there for this asset at these terms.’”

So what’s the downside to pursuing asset-light strategies? “It’s not cheap,” Ratner says. “You're paying double-digit carrying costs every year.”

That’s a hefty price to pay for most well-capitalized builders who can secure long-term debt at coupon payments in the mid-single digit range. In addition, the higher cost of capital runs through cost of goods sold on the income statement, thereby depressing gross margins, which is another metric investors watch closely.

Another potential pitfall, Ratner notes, is the risk associated with being dependent on these sources of capital to run your business. “What you saw in the Great Recession is, once these financial entities started having all these deals put back to them, the capital dried up,” he says. “So, if you're a builder relying on that model to run your business through both a good market and a bad market, the risk is that capital dries up at some point.”

For now, it appears builders are willing to pay the higher carrying costs and take the margin hit in exchange for the possibility of better returns and less market risk with their land. Ratner agrees with Toll’s CEO that this is a better way to run the business over the long term.

“In general, we're big fans of the asset-light approach,” Ratner says. “Clearly NVR has been the model for success when it comes to land banking, and it's hard to argue longer term that it’s not a better way of running the business if you can do it.”