SoftBank Group Corp. has agreed to invest $200 million more to bail out Katerra, a construction startup that ran into financial problems as it tried to shake up the building industry.

Katerra’s shareholders on Wednesday voted to approve the new investment on top of the roughly $2 billion SoftBank has already invested. Under the plan, the Japanese investment firm’s stake in Katerra will grow to give it a majority stake, while other investors will see their stakes severely diluted, according to people familiar with the matter. 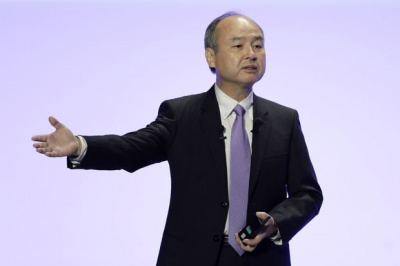 The new investment from SoftBank’s Vision Fund 1 will enable Katerra to avoid having to seek bankruptcy protection, according to Katerra’s chief executive, Paal Kibsgaard. The company needed SoftBank’s latest investment “to continue as a going concern,” he said in a notice to shareholders about Wednesday’s meeting.

As part of the funding package, SoftBank-backed financial-services firm Greensill Capital agreed to cancel around $435 million in debt owed by Katerra in exchange for a roughly 5% stake in the company, Mr. Kibsgaard said in an interview Wednesday.

Founded in 2015, Katerra has been trying to compete with established builders by assembling building parts in factories and offering services such as plumbing and architecture under one roof.

But some of the company’s projects were plagued by delays and cost overruns, while its aggressive growth strategy and a high debt load depleted its cash reserves. The Covid-19 pandemic, which delayed construction projects in some cities, added another challenge.

SoftBank, the world’s largest technology investor, was an early backer of Katerra. The bailout marks the second time this year that SoftBank has increased its investment in the firm. In May, when Katerra’s board tapped Mr. Kibsgaard to be CEO, the startup secured an additional $200 million investment from SoftBank.

Katerra initially thought that money was enough, Mr. Kibsgaard said in the interview, but later realized a more serious restructuring was needed. Mr. Kibsgaard, the former head of oil-services firm Schlumberger Ltd., was hired as CEO with a mandate to fix the company’s finances.

Mr. Kibsgaard said in the interview that before he became CEO, the company discovered financial practices that weren’t in line with generally accepted accounting principles and launched an investigation. The probe resulted in people getting fired, he said. The irregularities weren’t material and didn’t require the company to restate its results, he said.

In a statement Wednesday, SoftBank said that Mr. Kibsgaard “addressed several operational inefficiencies and improved the financial trajectory of Katerra” and that it remained “committed to the Company’s long term vision and believes the current leadership team has the ability to make this vision a reality.”

Katerra expanded aggressively by acquiring other construction firms and building factories in a number of cities. Michael Marks, a Katerra co-founder who served as its CEO before Mr. Kibsgaard, said in a February 2019 interview that the company expected to be “cash flow neutral by the end of this year.”

In a statement Wednesday, Mr. Marks said, “I greatly respect the backing that we got from SoftBank and wish them the absolute best and hope that I can be helpful.”

Mr. Kibsgaard said the company took on too many projects and side businesses in its earlier years. “I think we underestimated the complexity of executing self-perform projects at a large scale, including manufacturing and material sourcing and managing our own labor,” he said.

The company made significant job cuts in the U.S. and plans to wind down unprofitable side businesses and get rid of some of its leases, Mr. Kibsgaard said.

He said Katerra is on track to make between $1.5 billion and $2 billion in revenue this year and expects to see positive cash flow in 2022.

SoftBank, best known for its $100 billion Vision Fund, has experienced several high-profile flops. In October 2019, the investment firm agreed to provide a lifeline to WeWork after a failed initial public offering left the office-sharing company in danger of running out of money.

But on balance, 2020 has been a good year for SoftBank. It has cashed in on several successful investments and its shares are up more than 50% this year.

Posted on January 4, 2021 in Most Popular Articles, Business