Flitman Takes Over as CEO of Builders FirstSource 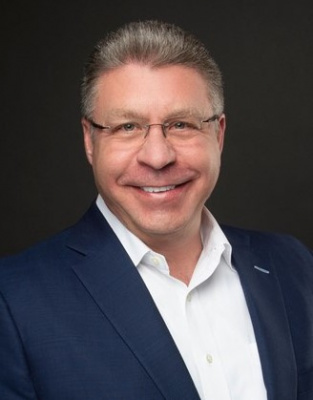 Builders FirstSource, Inc. has announced that Dave Flitman has been appointed chief executive officer. The planned transition of the CEO role is taking place 90 days after Builders FirstSource (BFS) and BMC Stock Holdings, Inc. (BMC) announced the completion of their all-stock merger transaction and coincides with the previously announced retirement plan of Chad Crow.

“This is truly an exciting time for Builders FirstSource. I firmly believe that growth is what’s at the heart of this merger – consolidating and expanding our reach in a fragmented industry, innovating and building on our value-add offerings, and giving our people the resources needed to deliver the enhanced service our customers expect from us,” said Flitman.

“By uniting our companies, we have increased our size and market position, and this strategic combination is a transformational step forward for our team members, customers and shareholders,” Flitman continued. “While we are still in the early phases of the integration process, the seamless transition and remarkable success that have defined our merger thus far would not have been possible without Chad’s leadership. I want to thank him for his dedication and guidance, and I wish him the very best in retirement.”

“I would like to thank everyone who supported me throughout my career at Builders FirstSource,” Crow said. “When I joined BFS more than 20 years ago, it was, of course, much smaller, having only completed a few acquisitions at that time. I could not have dreamed this company would be where it is today – an industry leader – but more importantly, such a special place to work filled with incredible people, and where I have developed life-long friendships. I’m incredibly proud of the growth we’ve achieved over the last two decades. This strategic merger marks an extraordinary new chapter for Builders FirstSource, and I’m confident it will thrive under Dave’s leadership.”

Flitman has over three decades of experience in leading distribution business across multiple industries. Prior to the merger, Flitman served as president and CEO of BMC. Previously, he held the titles of president and chief executive officer of Performance Foodservice; chief operating officer of Univar; president of Univar USA and chief supply chain officer; executive vice president and president of water and process services at Ecolab; and held several executive leadership roles at Nalco. Flitman also worked as president of Allegheny Power and vice president of distribution at its parent company, Allegheny Energy, after spending nearly 20 years at DuPont in various operational, commercial, and global business leadership positions.

As previously announced, Crow will remain available on a consulting basis to support the integration and to ensure an orderly transition.