Feb Residential Construction Employment Up Over 2020

Total payroll employment rose by 916,000 and the unemployment rate declined to 6.0% in March. The labor market is improving as many states ease business restrictions and more people are vaccinated. 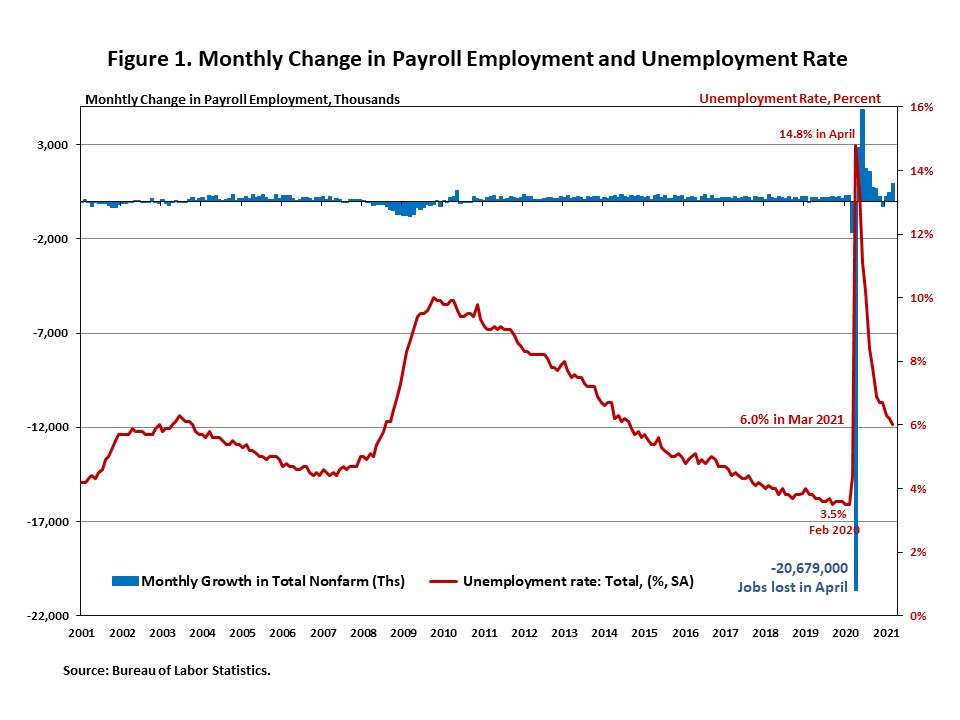 In March, total nonfarm payroll employment increased by 916,000, reported in the Employment Situation Summary. It marks the third consecutive gain after a decline of 306,000 jobs in December and the largest gain since August 2020. The previous two months’ gains were revised higher. The January increase was revised up by 67,000, while the February increase was revised up from 379,000 to 468,000.

The economy lost 22.7 million jobs in March, April and December of 2020 due to the impact of the COVID-19 pandemic. In the past eleven months, 14.3 million jobs have been recovered, however, total nonfarm employment in March is still 6% lower than its February 2020 level, a year ago.

Meanwhile, the unemployment rate edged down to 6.0% in March. It was 8.8 percentage points lower than its recent high of 14.8% in April and 1.6 percentage points higher than the rate in March 2020. The labor force participation rate, the proportion of the population either looking for a job or already with a job, inched up to 61.5% in March.

Employments increased broadly in multiple industries in March, led by gains in leisure and hospitality, government, and construction. 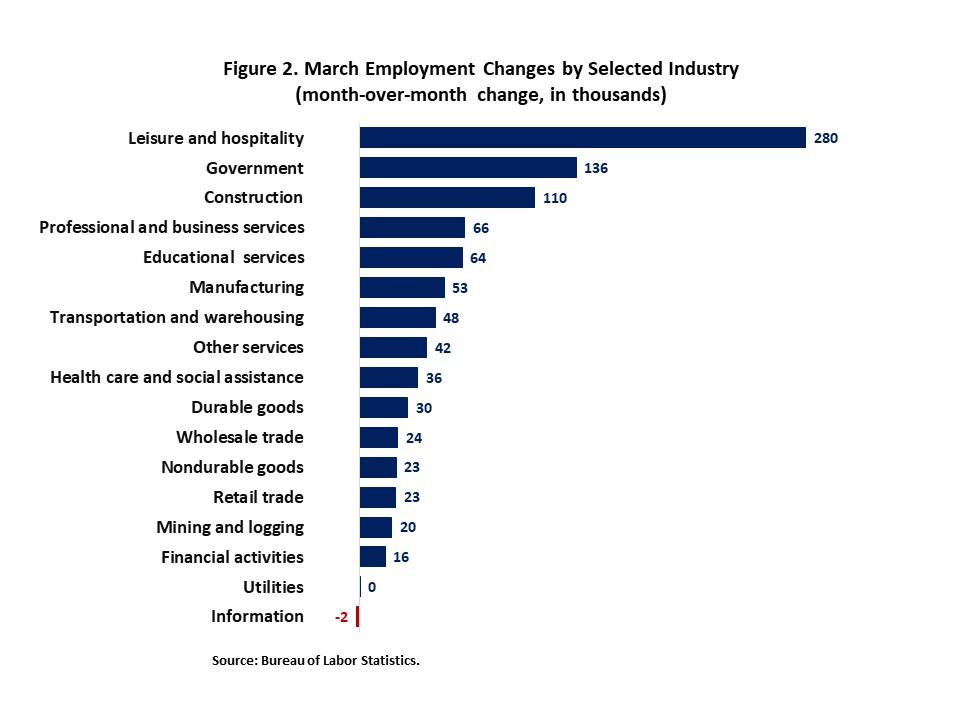 Additionally, according to the Household Survey supplemental data, which come from questions added to the Current Population Survey (CPS) since May 2020, 21.0% of employed persons teleworked in the last 4 weeks specifically because of the coronavirus pandemic in March, down from 22.7% in February. In March, 11.4 million persons reported that they had been unable to work at some point in the last 4 weeks because their employer closed or lost business due to the coronavirus pandemic. Among those who reported that they were unable to work due to pandemic related closures, 10.2% received at least some pay from their employer for the hours not worked. 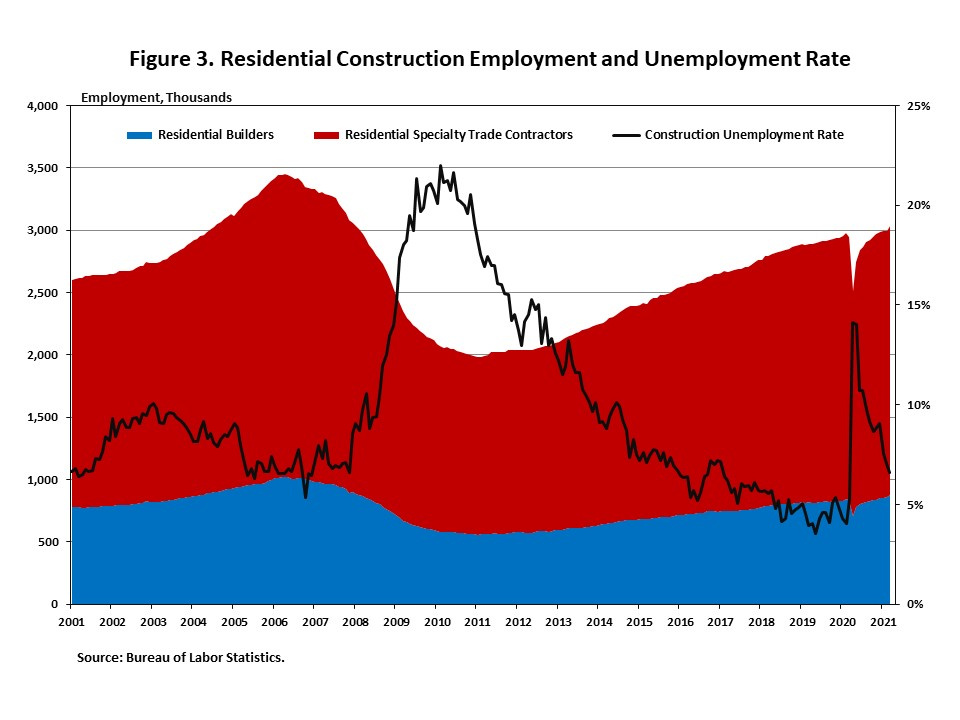