An overhauled hours of service rule that takes effect at 12:01 a.m. ET (9:01 PT) tonight, Sept. 29, will make changes to the 30-minute break requirement that could, many days, render the break somewhat of a moot requirement.

At the very least, drivers will be able to fulfill the 30-minute break requirement in a much more utilitarian way within their daily work schedules than current regulations allow. 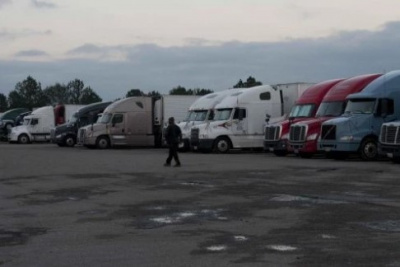 Under the new HOS regs, drivers have to take the 30-minute break within their first eight hours of drive time, not on-duty time. That’s likely much farther into a driver’s usual work day, giving them more opportunity to find that 30-minute break in their schedule. Likewise, the break can be taken in any status that isn’t on-duty driving. That means time spent fueling at a truck stop counts as a break. Or, utilizing the new split-duty “pause” option allowed by the new regs will satisfy that 30-minute break.

“It will have the widest impact right away,” said Daren Hansen, a fleet compliance advisor with J.J. Keller, of the coming HOS overhaul. “Today, most truck drivers have to take the break.” After the new regs take effect, “a lot of drivers will not end up needing to take a break. And even with the change, they can remain on-duty. Most drivers are not going to go eight hours straight without stopping and doing anything other than driving.”

Under the regs instituted in 2013 (in effect for just a few more hours, as of publication of this post on Monday, Sept. 28), drivers have been required to take a break of 30 minutes long — either in off-duty or sleeper berth status — within their first eight hours on-duty. The off-duty or sleeper berth component is significant, since it prohibits drivers from doing any on-duty functions like fueling or minor maintenance.

The new regs change that to, simply, drivers can’t drive more than eight hours without taking at least a 30-minute break, which can be spent in off-duty mode, sleeper-berth or on-duty/not-driving status. That’s much more lenient than a 30-minute, off-duty break within the first eight on-duty hours.

Many drivers and fleets saw the former break requirements as a rigid requirement and somewhat arbitrary — especially if a driver stopped for a break or a quick bite to eat that didn’t run a full 30 minutes. “This [situation] came up the most,” said Joe DeLorenzo, head of enforcement and compliance for the Federal Motor Carrier Safety Administration. “A driver stops for 15 minutes because they have to get fuel. Then they take 15 minutes to go in and get coffee and a bite to eat. Under the old rule, the first 15 [minutes] don’t count” toward the break. “The driver says, ‘Well now I’m sitting here waiting another 15 minutes just to leave.'”

“Now, you can combine them together and get the 30-minute break,” DeLorenzo said.

Another example, building on DeLorenzo’s point: Take a driver pulling into a truck stop and going in for a Pepsi and a bathroom break after five hours on-duty and four hours of drive-time. Under current regs, the driver would need to park, go into off-duty status, then go into the stop and take care of his or her errands.

If that takes 10 minutes, the driver must sit in his or her truck for another 20 minutes before going back on-duty to satisfy the 30-minute break requirement. If they didn’t, and went back on-duty and hit the road after their 15 minutes in the truck stop, then they would have to take a 30-minute off-duty break sometime within the next three hours. If they did sit in their truck for another 20 minutes off-duty to satisfy the break requirement after heading into the truck-stop, the break all told would likely run well above the 30-minute mark, considering time exiting the highway, finding parking, etc.

In that same scenario, abiding by the new HOS rule, if the driver did want to hit the road after his stop, he wouldn’t have to take a 30-minute break for another four hours of drive-time after he or she started driving again, not on a continuously counting-down three-hour clock from the prior break. In essence, that four hours of drive-time could get them through the rest of their day, especially factoring in other potential stops along the way.

Or, another example, maybe even more to the point: The same driver stops after the same five hours on-duty and four hours of drive-time. He goes in to the truck stop for a 10-minute Pepsi run and bathroom break, and then refuels his truck, which takes another 20 minutes, after waiting at the fuel island, paying and fueling. Under the 2013 rule, that driver would still need to go off-duty for a 30 full minutes, either after the re-fuel or within the next three hours of on-duty time, to satisfy the break requirement of today’s regs.

Those types of frequent hindrances will go away under the new hours rule that takes effect Sept. 29.