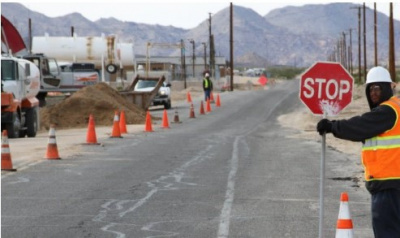 The new and worsening outlook comes in the wake of a number of high profile, billion-dollar construction projects shutting down before completion as the pandemic, and the government’s uneven response to it, continues.

“I certainly think that the green light, yellow light, red light nature of reopenings is very tough on making long-term investment decisions like a gigantic, multibillion dollar chemical plant, or a public facility,” Simonson said. “All of those things, I think, are causing investors reason to pull back on future construction and say we're going to postpone until we're sure that the economy is really recovering on a sustained basis.”

Together, the numbers illustrate the pandemic’s prolonged negative impacts, eight months after it began, tightening their grip on contractors’ businesses. The effect has been compounded by companies and people taking another step back as the virus continues to spread, after having expected normalcy to resume by now.

“There had been a hope that people would start returning to facilities, using the airports and attending conventions, going on vacations,” Simonson said. “And now all of that seems to be delayed.”

Severe material shortages and supply chain issues are creating delays on projects that have remained open. Seventy-eight percent of survey respondents said they were experiencing delays in ongoing jobs, up from 57% in June.

“They listed a huge variety of materials or parts that had been delayed and numerous reasons, some related to overseas shipments, to the disruptions in trucking and rail or ocean shipping,” Simonson said. “But many were domestic producers not being able to get their own crews back to full staffing or having problems getting materials to assemble components or parts.”

That has played out in employment numbers for contractors going down in 234 of 358 metropolitan areas, or 65%, compared to a year ago as well.

“During the past year, massive construction job losses occurred in major metros, including Houston,” which lost 24,400 jobs, or 10%, Simonson said, the most of any region. “New York City, Minneapolis, Philadelphia suburbs, Chicago, Oakland, Denver, Boston and California's Inland Empire also had very large construction employment losses. Worse, the majority of firms report they plan to cut jobs or at least keep employment level over the next year.”

Given these cumulative impacts, the economist said it could be sometime, even after a vaccine is in place, before construction returns to normal.

And he added: “Governors will also vary in how quickly they allow activities to resume, as will individuals in deciding whether to travel or return kids to school. So I expect a lot of variation in when and where construction resumes.”

Posted on November 9, 2020 in Most Popular Articles, Housing & Construction