Originally published by the following source: SBC Magazine — May 6, 2020
by SBCA Staff

The COVID-19 pandemic has caused a high level of disruption in almost every aspect of life. Among those disruptions have been forced changes to mass gatherings and business travel. In many cases, large conferences, the bread and butter of the convention industry, have decided to reschedule their early 2020 events or cancel altogether. Because of this, Indianapolis called SBCA on Tuesday of last week and told the BCMC staff that a 35,000-person citywide convention needed to reschedule their show over the same dates as BCMC 2020, and they had no suitable alternate dates for BCMC.

Upon learning this, BCMC’s operations team flew into action to find a new location. By Thursday evening, an acceptable and familiar location had been found. Friday morning the SBCA Executive Committee agreed with the staff recommendation that one city offered the best opportunity for the 2020 BCMC: Columbus, Ohio. The BCMC Committee agreed as well, so everyone is now eager to make BCMC in Columbus the best it can be. A sincere thank you to the exhibitors and members who have been so positive, helpful, and encouraging through this unexpected situation. This gives BCMC 2020 a great opportunity to build upon all of its past successes. 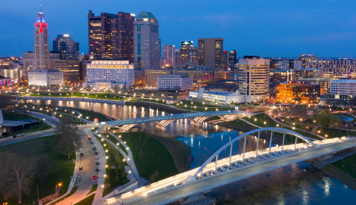 Since Columbus was the site of BCMC 2019, the city is familiar to the show’s participants. Given the drastically reduced timelines for logistics and planning behind this large event, this familiarity will help both exhibitors and show staff ensure all attendees still experience the same high quality and derive the same exceptional value from the show.

Columbus is less than three hours east of Indianapolis along I-70 and allows for great “drive in” traffic with over 440 CM locations within a 350-mile radius. The proximity to Indianapolis allows those who planned on driving to Indy to drive to Columbus and minimizes any concerns about transportation logistics exhibitors may have in getting equipment to the show. The Greater Columbus Convention Center has a very strong relationship with BCMC and a commitment to its long-term success.

Date availability also played a big role in the decision. The Greater Columbus Convention Center is available the week of September 29-October 2. This represents only a one-week shift from the previous BCMC 2020 dates and minimizes logistics impacts to both exhibitors and attendees.

The BCMC Committee and staff remain committed to hosting an excellent BCMC. We look forward to helping everyone in the component manufacturing industry “Sharpen Your Vision” at BCMC 2020. Mark your calendar today for this annual component industry gathering, where we look forward to visiting with you starting on September 29, 2020, in Columbus, Ohio.

BCMC Q&A: Why We're Going Back to Columbus

To know more about the change in venue, watch the Q&A video below with BCMC Committee Co-Chairs Greg Dahlstrom and Mike Kozlowski and SBCA Assistant Executive Director Jess Lohse that was recorded on Wednesday, May 7.