Could Bipartisan Energy Efficiency Bill Save Consumers $51B? 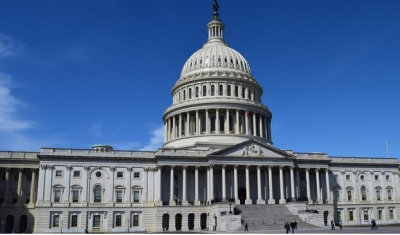 The energy subcommittee of the House Committee on Energy and Commerce heard discussion on six bipartisan efficiency and energy storage bills, but the most contentious moment focused on appliance standards.

Rep. Frank Pallone, D-N.J., chairman of the full committee, repeatedly pressed Under Secretary of Energy Mark Menezes on what the U.S. Department of Energy is doing to update energy standards for appliances — and never appeared satisfied by the responses.

"The question is, are you actually doing anything to promote energy efficiency? You're just talking to me about process," Pallone charged.

Energy efficiency advocates say DOE under President Donald Trump has missed 18 deadlines to review standards. Menezes assured lawmakers "we have full intention of following all of our legal obligations," and said seven standards have been finalized under Trump. But he also said the problem had been "inherited."

By statute, DOE must review each appliance standards once every six years to determine if an update is warranted. If it finds that an update is warranted, it must publish that update within an additional two years, according to Andrew deLaski, executive director at the Appliance Standards Awareness Project.

"When this administration took office, DOE had missed 3 deadlines. That number has now grown to 21," deLaski told Utility Dive in an email.

"It's not a simple thing," Menezes said, defending the administration's work. "There's testing and evaluation and quite a stakeholder process involved. ... You can compare our record to any prior administration in getting these out."

The rest of the hearing was less charged, though Menezes did hint at potential disagreement with some of the legislation being proposed. In particular, discussion focused on the bill to change the national building code.

"This is a very comprehensive bill and quite creative," Menezes said. "The art will be in the drafting."

Along with building codes, the legislation would encourage efficiency technology and processes for industrial applications, expand DOE's Industrial Assessment Centers, and incentivize the use of more energy-efficient electric motors and transformers.

"We don't do everything that is in the bill," Menezes said. "The rebates would be new. It is significantly broad, that we are continuing to look at the bill ... From personal experience, it is the kind of bill that would fit in well with a comprehensive view."

Menezes, earlier in the hearing, told lawmakers that Sens. Lisa Murkowski, R-Alaska and Joe Manchin, D-W.Va., have indicated to him they may be introducing a comprehensive energy bill later this month in the U.S. Senate Energy and Natural Resources (ENR) Committee. He also said the Trump administration has not taken a formal position on the any of the bills, though it has provided some technical assistance in drafting.

A spokesperson for the ENR committee Grace Jang confirmed that comprehensive energy legislation could be coming later this month.