Industry survey asked multifamily construction firms how the spread of COVID-19 is affecting construction permitting, starts and completions as well as materials and labor. 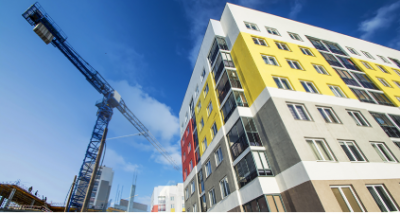 More than half of respondents are experiencing construction delays

One in four respondents are affected by a lack of materials

When those respondents affected by a lack of materials were asked to cite specific areas of issue, the top responses were cabinets and countertops (65 percent), tile/wall finishes (22 percent), fixtures (17 percent), appliances (17 percent) and elevators (9 percent). Nearly one in five (17 percent) said there have been issues with closed facilities or international sourcing, which has led some to attempt to procure more local materials. Cabinets and countertops topped the list of materials in short supply in both of the previous rounds as well, listed by 43 percent of respondents in round 1 and 42 percent in round 2.

Respondents beginning to see increases in the price of materials

Many (53 percent) of the operators currently facing labor constraints said that employees were not working right now either because the workers were infected or concerned about getting infected, or because they simply did not want to return to work. Other constraints cited during this round of surveying include slower re-entry of labor force as jurisdictions ease restrictions (11 percent) and the existing workers being spread thin with other labor needs (11 percent). One respondent indicated however, that they have actually seen an influx of labor due to unemployment in other industries.

Many firms are implementing new strategies to deal with current hurdles

Over half of respondents (59 percent) indicated they have implemented new strategies to deal with the hurdles formed by the virus’s continued presence – down from 75 percent last round and 73 percent in the first round – with many of those firms indicating they have implemented more than one strategy.

The most popular strategies implemented by respondents include sourcing materials from alternative locations (50 percent this round/48 percent in round 2/43 percent in round 1), staggering shifts to reduce on-site exposure (54 percent/58 percent/52 percent) and using technology to replace in-person transactions like inspections and approvals (59 percent/63 percent/67 percent).

Other strategies reported include sourcing alternative building materials (24 percent this round/19 percent in round 2/16 percent in round 1), offering workforce incentives or other benefits (24 percent/16 percent/14 percent) or changing cleaning practices and staff protocols on the worksite to ensure safety (11 percent/11 percent/6 percent). Several operators cited the usage of’ social distancing, directional pathways, and heightened cleaning and disinfecting protocols to maintain the safest work environment possible.