The U.S. Court of Appeals for the District of Columbia Circuit on June 11 rejected an AFL-CIO lawsuit calling on the Department of Labor and OSHA to issue an emergency temporary standard on infectious diseases amid the evolving COVID-19 pandemic. 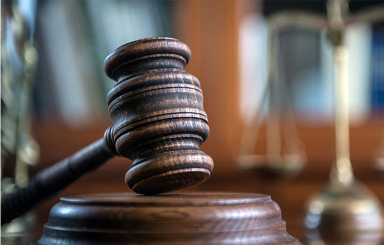 AFL-CIO filed the suit May 18, alleging that “the COVID-19 global pandemic caused by the novel coronavirus has produced exactly the type of workplace catastrophe that Congress intended an emergency temporary standard to address.” The labor federation, which first petitioned OSHA for an ETS on March 6, also contends that a significant portion of workers infected or dying from COVID-19 are classified as essential workers, who face workplace hazards because of exposure to colleagues, patients and customers who may be sick or haven’t been screened for the respiratory illness before entering various workplaces.

The court ruled that AFL-CIO lacked evidence in such a claim. “In light of the unprecedented nature of the COVID-19 pandemic, as well as the regulatory tools that OSHA has at its disposal to ensure that employers are maintaining hazard-free work environments, OSHA reasonably determined that an ETS is not necessary at this time,” the ruling states.

“We are very disappointed that three judges did not deem the lives of America’s workers worthy of holding an argument or issuing a full opinion,” Trumka said. “The U.S. Court of Appeals for the District of Columbia Circuit’s Post-It-length response to our petition acknowledges the ‘unprecedented nature of the COVID-19 pandemic’ but repeats the false claim by big business that the Occupational Safety and Health Administration already has done what is needed to protect workers.

“In fact, none of the other ‘regulatory tools,’ short of an ETS, require employers to do anything at all. More than 2 million of America’s working people are infected, and more than 110,000 have died. An unprecedented pandemic calls for unprecedented action, and the court’s action today fell woefully short of fulfilling its duty to ensure that the Occupational Safety and Health Act is enforced.”

“We are pleased with the decision from the D.C. Circuit, which agreed that OSHA reasonably determined that its existing statutory and regulatory tools are protecting America’s workers and that an emergency temporary standard is not necessary at this time,” the statement reads. “OSHA will continue to enforce the law and offer guidance to employers and employees to keep America’s workplaces safe.”

“The politicians talk about how people who are still at work performing essential services – health care workers, people in the supply chain – are heroes,” Wright said. “But they’re unwilling to do anything to protect them.”

On April 28, AFL-CIO sent a letter to Secretary of Labor Eugene Scalia, accusing DOL, OSHA and the Mine Safety and Health Administration of being “missing in action.” Scalia responded with his own letter two days later, asking Trumka to “show due respect for the steps the dedicated men and women at OSHA are taking now.”

Sweatt and OSHA denied AFL-CIO’s March 6 petition in a letter dated May 29.