Editor’s Note: Read this 2008 article in SBC Magazine for more on Jim’s significant contributions to the engineered wood products industry. 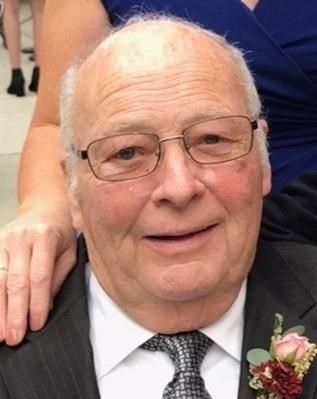 Jim was born March 20, 1935 in Detroit, Michigan to the late George and Kathleen Gilleran (Brunett).

He honorably served in the US Army (Korea) and was very proud for having served his country. Upon graduating from Lawrence Technological University, Jim joined his father in the family business, McCausey Lumber Company (Detroit). In 1972 he became President and co-owner. Over the years, he developed many special relationships in the forest products industry, both domestic and abroad. He eventually became the USA, Managing Director for FinnForest Corporation (Finland) while remaining as an owner of McCausey. Jim had many accomplishments within the wood products industry, including being decorated in 2008 as "Knight of the Order White Rose Finland " by the Finnish Consulate, a prestigious honor for his contributions to the forestry industry.

Special THANK YOU to all of the staff of Senior Care Advantage, Medical Team Hospice, Prestige Commons Living Center, and especially Jill Mahaffy, for their unconditional love and attention with managing Jim's care.

A Memorial and Celebration of Life will be held at a future date.