Editor’s Note: The mission of the National Framers Council (NFC) is to develop and implement best practices to help ensure framers leave the jobsite each day in the same health as they arrived. To foster a culture of safety on your jobsites, check out NFC’s FrameSAFE program, a bilingual safety manual template developed by NFC to help framers comply with OSHA’s jobsite requirements.

Don’t expect the Occupational Safety and Health Administration (OSHA) to slow down as it enters the fifth decade of its existence, following a year of heightened activity in support of its workplace safety mission.

An agency of the U.S. Department of Labor (DOL), OSHA spent 2019 increasing its number of employer inspections and pursuing new rulemakings and programs. In fiscal year 2019, It conducted 33,401 inspections—more inspections than the previous three years—addressing violations related to trenching, falls, chemical exposure, silica exposure and other hazards. 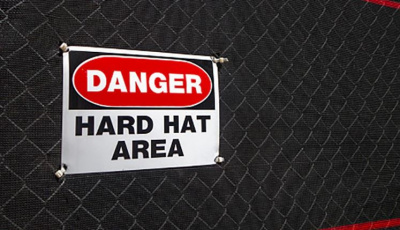 The enforcement numbers do not include 22 state plans which are responsible for covering both private sector and state and local government workers, and six additional states covering only state and local government workers. Those states rely on their own resources and assistance from federal OSHA to enforce both federal and state worker safety laws, and have not yet released their enforcement statistics for this year.

During the same period, OSHA provided a record 1,392,611 workers with training on safety and health requirements through the agency’s various education programs, including the OSHA Training Institute Education Centers, Outreach Training Program and Susan Harwood Training Grant Program. The number of workers that OSHA trained in FY 2019 includes workers from all states, including those with state plans.

According to the agency’s recently published agenda for next year, in June it plans to release its proposed rule on occupational exposure to crystalline silica that would allow employers in general industry to meet the same standards as the construction industry. OSHA’s request for information comment period on this topic ended in October.

During that period, OSHA received information from the industry on the effectiveness of control measures not included for the tasks and tools listed in the agency’s Table 1, tasks and tools involving exposure to crystalline silica that are not listed in Table 1, and information on dust control methods in limiting exposure to crystalline silica when workers are performing these operations.

OSHA also will review this information in consideration of potential revisions to Table 1. Table 1 serves as a compliance option for construction contractors to achieve compliance with key provisions in the standard, explain attorneys Bradford Hammock, Melissa Harclerode and Lauren Bridenbaugh of the Littler Mendelson law firm.

In addition, OSHA intends to issue a notice of proposed rulemaking in April 2020 for its walking-working surfaces rule to clarify its requirements for stair rail systems. The agency is seeking to clarify the requirement as the result of feedback it received from employers that the current requirements were unclear.

OSHA also says it will begin the process of analyzing comments that it received after issuing requests for information regarding potential revisions to its lockout/tagout and powered industrial truck regulations. OSHA is seeking to revise both regulations as evolving technologies have affected each and hopes to bring both of the regulations up to date and in line with current consensus standards.

OSHA plans to inaugurate a Small Business Regulatory Enforcement Fairness Act review panel in January that will begin an effort to create a standard designed to address workplace violence in the healthcare and social services industries. This comes after the House of Representatives passed a bill to require OSHA to develop a standard regarding the same issue.

OSHA plans to issue a proposed rule in May that would amend parts of the cranes and derricks in construction standard, as well as those that deal with industrial trucks. According to the agency, the proposed amendments will include correcting references to power line voltage for direct current (DC) voltages as well as alternating current (AC) voltages, broadening the exclusion for forklifts carrying loads under the forks from “winch or hook” to a “winch and boom,” and clarifying an exclusion for work activities by articulating cranes.

The agenda also includes a proposed rule for updates to the powered industrial trucks standard to incorporate consensus standard provisions having to do with the design and construction of powered industrial trucks. Last November, OSHA started reviewing comments on changes to the current standard, which currently relies upon American National Standards Institute (ANSI) standards dating back to 1969. (For example, the current standard covers 11 types of trucks but there are now 19 types.)

At the same time, the agency sought comments on the need for changes to locations of use, maintenance, training and operation of industrial trucks. 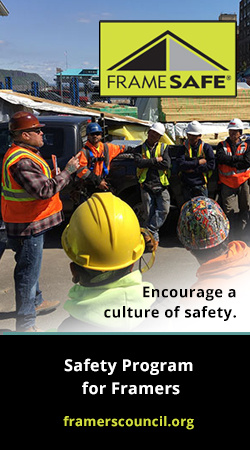 In addition to the upcoming proposed rules, OSHA has several agenda items that are in the pre-rule stage. These include initiation a Small Business Regulatory Enforcement Fairness Act panel in August for the development of an Emergency Response rule, a request for information slated for July as a preliminary to updating the Mechanical Power Press rule (which hasn’t been updated in 40 years), and the issuance of an advanced notice of proposed rulemaking in September for the Blood Lead Level for Medical Removal rule.

In November, OSHA said it plans to propose rules regarding post-incident drug testing and safety incentive programs. That same month it also is expected to issue a proposed rule regarding Personal Protective Equipment in the construction industry.

“While the rulemaking process moves at a slow pace, employers should remain informed on OSHA’s anticipated regulatory actions and should consider participating in the rulemaking process to ensure their interests are made known and protected,” advises attorney Trever L. Neuroth of the law firm of Jackson Lewis.

The Littler Mendelson attorneys also noted that the agency’s advance agenda is not written in stone. “While some of these initiatives may not materialize into final rules in the near term, employers are encouraged to continue to track these efforts as they might develop into significant requirements at some point in the future.”

Posted on January 6, 2020 in Housing & Construction