What a Critical Look at 2020 Housing Forecasts Reveals

With the 2020 construction season now underway, forecasters are optimistic that housing starts will exceed 1.3 million this year.

But where do their forecasts fit in the conservative to aggressive spectrum?

For years, economists with major housing organizations have assessed the housing market to provide insights regarding what may lie ahead for their customers, industry and their companies.

Below is a table of these organizations, which takes a look at what their forecasts at the beginning of a year compared to housing starts published by the U.S. Census Bureau. It’s important to note that most of these organizations updated their forecasts throughout a given year, the numbers in this chart are the numbers released closest to the beginning of each calendar year.

It is interesting to note that while some organizations appear to be more aggressive with their forecasts, others are more conservative. When you average all the forecasts together (i.e. 1.265 million starts in 2018 and 1.289 million starts in 2019), they appear to have accurately predicted the outcome (at least over the past two years).

That said, the average housing starts for 2020, based on the average being a good predictor,  will be 1.317 million starts. Urs Buehlmann at Virginia Tech and Delton Alderman at the U.S. Forest Service pulled together all of the 2020 housing forecasts in the table below: 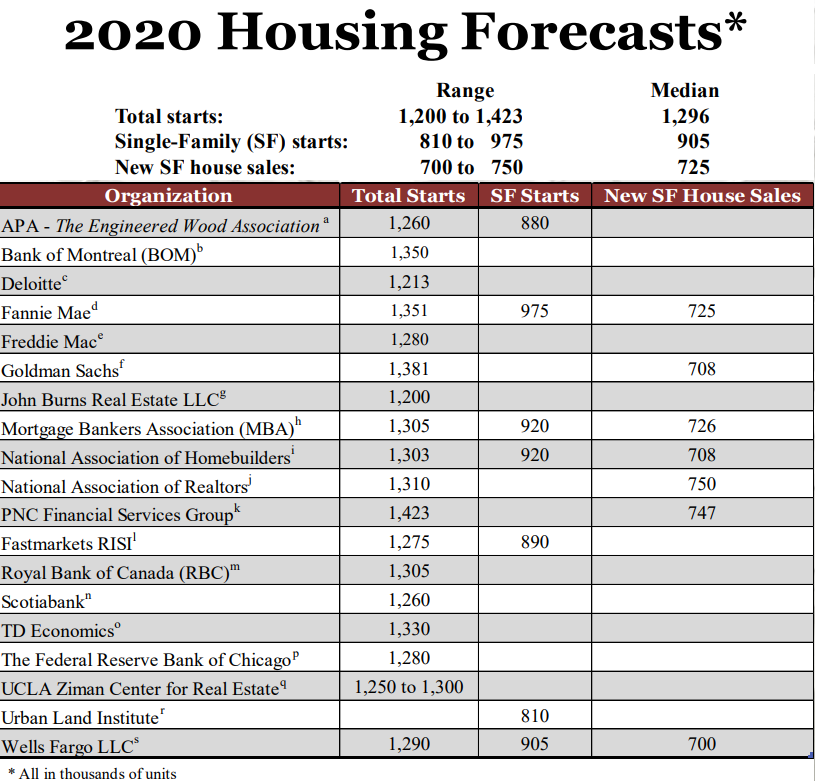 Why Demand Will Keep Housing Going

Brendan Lowney, Founder and Macroeconomic advisor of Forest Economic Advisors (FEA), is forecasting 1.363 million housing starts. He points to the demographics as support for a stronger housing demand.

“The median income growth is up strongly because of the tight labor market,” he says. “The ratio of new home prices to existing single family prices has come way down as builders are building more affordable, smaller homes with fewer amenities.” 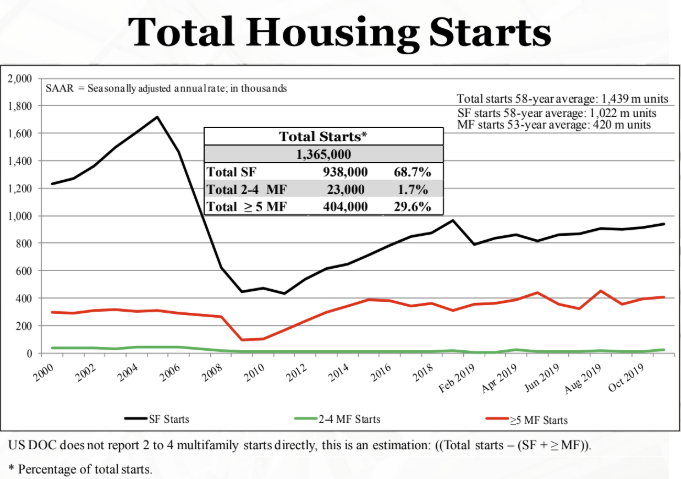 Todd Tomalak, senior vice president of research with John Burns Real Estate Consulting, is forecasting housing starts to hit 1.34 million in 2020, with a lot of carryover from 2019 into 2020. He see’s builders raising prices and current backlogs turning into starts.

“There has been significant improvement in overall home affordability since first half of last year,” he says. “Now mortgage rates are down, there have been wage gains causing the payment to income ratio to improve and the cost to buy the same home has decreased in term of mortgage payments.”

Again, to put Tomalak’s observations in perspective, VA Tech’s Buehlmann regularly updates and publishes the chart below (https://www.woodproducts.sbio.vt.edu/housing-report/), which tracks housing affordability in the context of interest rates and down payments. 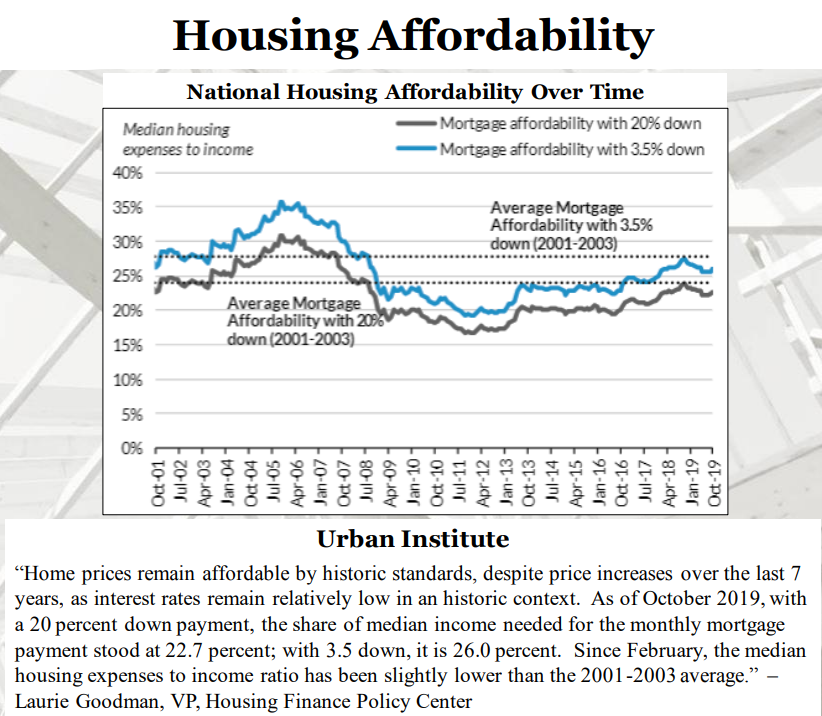 Posted on February 7, 2020 in Housing & Construction