For most of 2019, the International Code Council’s 2021 building codes cycle was moving along as expected. But a last-minute wave of newly-registered voters appears to have derailed the online vote in what appears to be a concerted effort to impact the code development process. 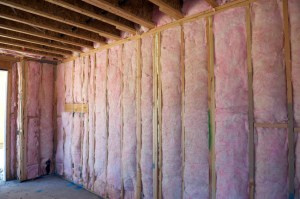 NAHB was heavily involved at all stages in the current code development cycle, which includes changes to the International Energy Conservation Code (IECC) and the all-important International Residential Code (IRC) for the 2021 edition of the I-Codes. NAHB members and staff had a significant presence at both the ICC Committee Action Hearings in Albuquerque last May and the Public Comment Hearings in Las Vegas in October.

Through the deliberative and transparent hearing process established by the ICC, NAHB — along with a host of other advocates and stakeholders along all ideological lines — publicly influenced many proposals with testimony backed by data and relevant research.

When the vote results came in from the ICC’s Online Governmental Consensus Vote, held Nov. 19 through Dec. 6, 2019, it was as expected, with a success rate of around 84% on non-energy code proposals that NAHB either supported or opposed, in line with results from previous years. But when the preliminary results on the IECC were reported, there were some surprising discrepancies.

Many aggressive energy efficiency proposals that had been defeated at both the committee hearings and the public comment hearings had been approved by the online vote (preliminary results). When proposals are defeated at hearings, they must get a two-thirds majority to overturn past results. It’s a bar so high, no previous proposal had ever met the threshold. But in this code cycle, 20 IECC “zombie” proposals cleared the hurdle and came back to life. And some will negatively impact housing affordability for home builders and buyers.

The more egregious changes include:

With such inconsistent results, NAHB suspected that something was amiss with the voting. After reviewing the approved governmental voters, it was discovered that hundreds of new government employees from towns all over the country were validated to vote — and they voted in droves.

There was a concerted effort on the part of efficiency and environmental groups to engage like-minded governmental members who work in environmental, sustainability and resilience departments. These new voters appear to have worked off the same voting guide and simply voted their party line.

NAHB will be very actively pushing back on these zombie proposals. First, staff is appealing at least two of the results that they believe are related to proposals that are out of scope for the energy code. Also, NAHB will be challenging the voting credentials of a number of new members.

NAHB also intends to work with ICC to tighten up voting eligibility and modify the process to limit or eliminate proposals from getting approved that lose the first two hearings.

For now, read the results and know that NAHB is doing all it can to stand up for reasonable building codes that help build safe housing that is affordable.

For more information on the vote or the codes development process, contact Craig Drumheller.