Experts from the offsite construction and components market said the labor market could get even tighter in the next several years. 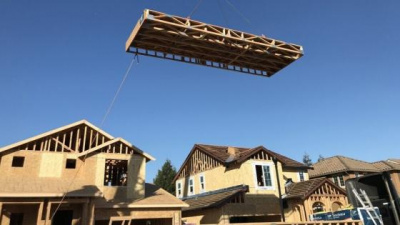 Panels being put into place at an Entekra job site.

With residential construction surging ahead in 2020, after a short stumble brought on by the COVID-19 pandemic in the spring, the outlook for home building is strong. But builders may not be able to keep up with demand in the coming years.

The conversation took place at the ABX/IWBC Virtual Experience, held online this week, during a discussion focused on how the pandemic has impacted offsite construction. If anything, members of the panel said lockdowns in the early spring caused a slowdown that was followed by strong growth for the rest of 2020.

"If you look at back at March to when we thought the world was going to end, to where we are now you couldn't write it, because the turn-around has been so great," said Gerry McCaughey, CEO of Entekra - the offsite building solutions provider for commercial and residential construction.

"You couldn't predict you would have a pandemic and demand would actually go up," Smith noted.

But offsite construction could be the solution to an oncoming skilled labor shortage that will likely cause delays in overall housing construction.

“Demand is not the problem, especially with record-low mortgage rates,” says Brendan Lowney, co-founder and principal of Forest Economic Advisors. “It’s key that we figure out how to build more homes more efficiently.”

Lowney said the current housing stock is getting older by the day and has reached a median age of 42 years old with half of the homes in the United States built before 1980. Additionally, the market has been underbuilt for the past decade or more.

Currently, the existing new home supply sits at 3.3 months with existing-homes as low as 2.5 months. It takes 6 months to complete a new home on average, however.

Lowney estimates that about 1.4 million new homes will be built in 2021, with the number reaching as high as 1.5 million. He said that the industry should be building as much as 1.6 million to 1.7 million homes.

Offsite construction techniques could be the solution to faster production and a shortage of skilled labor.

"If they think there is a problem with labor now, in five years they aren't going to know what hit them," McCauhey says. "There is no way to attract skilled workers given the current techniques."

If anything housing demand will increase as another generation enters the buying market in a big way, particularly a generation of people exiting their parents’ basements.

Now is the time for builders to take risks and implement more offsite construction techniques to both hasten and streamline the process, the panel said. Waiting any longer could be detrimental to the future of housing growth. 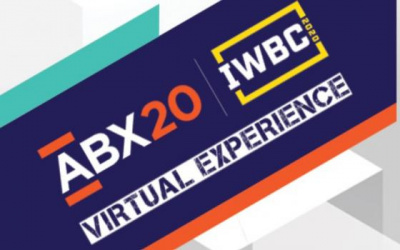 The trend of higher demand for housing in lower-density areas continued in the third quarter, according to the National Association of Home Builders’ Home Building Geography Index (HBGI). The NAHB reports that single-family and multifamily construction continued to overperform in lower-cost markets like suburbs and exurbs.

The third quarter HBGI also revealed that a suburban shift for home buying preferences is increasing as telecommuting allows homeowners to live further away from large metro markets. Suburbs of medium-sized cities posted the greatest single-family gains in the third quarter, with a 15% growth rate over the last four quarters.

The worst performing regions were large metro urban cores, with just a 5.7% gain. Similar results were observed in multifamily, with large metro core areas posting a 4% decline for apartment construction, the NAHB reported.

Yet, for regions like Maine, the offsite construction process is far from perfected. Particularly when it comes to the supply chain pipeline into rural areas. Risk, with some failure along the way, is what might need to happen in order for the process to move ahead.

"We've relied on labor for too long and have not been spending time on increasing efficiency and productivity," Smith said.

Posted on December 4, 2020 in Housing & Construction