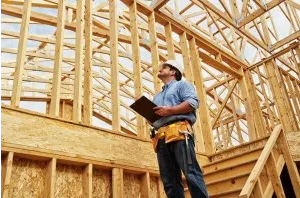 NAHB sent a letter on Feb. 14 to ICC CEO Dominic Sims and President Greg Wheeler urging the building codes body to carefully reevaluate the validity of many approved voting officials, to reject two specific proposals as not meeting the intent of the energy code, and to reform some of its voting processes while retroactively reconsidering proposals that should not have been on the final ballot.

The ICC Final Action Report left the results as reported after the online vote. The ICC found that all of its procedures had been correctly followed in the Group B development process.

While NAHB agrees that existing procedures were followed, staff believe those procedures were exploited, putting NAHB in a position to ask ICC to reconsider these proposals through their appeals process. Further, NAHB remains concerned that many of the codes changes will greatly reduce the functionality of the 2021 IECC and significantly impact housing affordability.

The deadline for an appeal is May 8.

NAHB is looking ahead to the development cycle for the 2024 codes, and is hopeful that the shortcomings of this cycle will be corrected so that the integrity of the ICC code development process, as well as the codes themselves, can continue to be the preeminent resource they are today.