Since the inception of LP Legacy® premium sub-flooring, LP has committed to putting the panels through rigorous, and sometimes extreme, testing beyond industry requirements to truly measure and showcase the product’s superior moisture resistance, strength, and stiffness. This mission continued at the University of Maine Advanced Structures and Composites Center, where wood scientists tested LP Legacy panels alongside commodity OSB and plywood in a four-phase, 14-month study designed to simulate the potential extremes of a real jobsite and wear in a finished home. 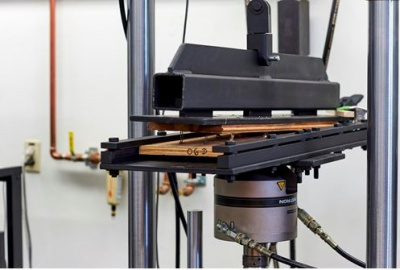 “Typical tests for OSB look at strength and stiffness; they’re usually really quick and can be done in a lab in an hour. But none truly emulate the conditions you’re going to see in the real world,” says Brian St. German, Director of Technology at LP. “What we’re trying to do with this testing is to show builders that this high-performance OSB panel will actually perform better.”

The study consisted of four phases: 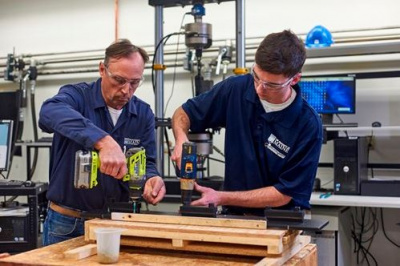 “After all of the exposures, the repeated wetting, the repeated hydrothermal cycling, and the repeated loading, the fastener capacity of Legacy OSB has virtually remained unchanged,” reports Benjamin Herzog, a Wood Technologist for University of Maine who was conducting the tests.

The tests add to the many others LP has conducted over the past several years to push LP Legacy to the extremes to help prove its worth under jobsite conditions, simulations that are in addition to, and that often have gone far beyond, tests required by the industry standards. LP’s protocols included a Tested Extreme® campaign, which saw LP Legacy panels sent over a waterfall, converted into muddy mountain bike ramps, and submerged as a shark cage.

“What we’ve seen is there is no degradation of performance,” says St. Germain of the latest round of tests. “After final testing, we saw the same level of performance that we did prior to cycling.” 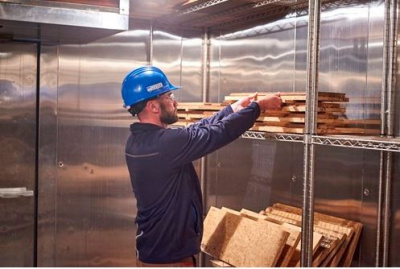 Made with Gorilla Glue Technology®, LP Legacy sub-flooring is among the strongest in its class and the industry’s stiffest panel. The panel’s stiffness makes it ideal for hardwood flooring and tile applications, and high panel density provides exceptional fastener holding strength and a quieter floor. And with superior moisture resistance, LP Legacy sub-floor panels carry a Covered Until It’s Covered® no-sand guarantee.

“How your floor feels underfoot, how solid your house feels, that is all dependent on the materials that are underneath the floor,” says St. Germain. “So LP Legacy will give you that strong, stiff floor that’s going to help maintain a nice, solid, quiet floor system. It is something that a homeowner can see and feel long after they buy the house.”

To learn more about the University of Maine testing and hear from the scientists conducting the study, watch this video.

Posted on September 23, 2019 in Sponsored Headlines