Effective on Sept. 26, the day after they were issued, these new protocols represent an addition to Appendix A of the Respiratory Protection Standard. They are: 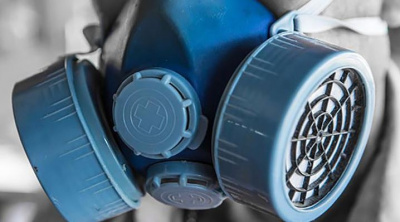 Both protocols are variations of the original OSHA-approved CNC protocol, but have fewer test exercises, shorter exercise duration and a more streamlined sampling sequence, according to attorney Megan E. Baroni of the law firm of Robinson & Cole LLP.

The protocols apply to employers in general industry, shipyard employment and the construction industry. “OSHA’s goal in approving these protocols is to provide employers with additional procedures to protect the safety and health of employees who use respirators against hazardous airborne substances in their workplace,” Baroni points out.

OSHA concludes that the new rule will end up saving employers considerable money in the long run. While the information necessary for employers to document and maintain on the fit test record remains the same, the time it takes to obtain it is reduced because the additional PortaCount protocols will take an employer less time to administer, the agency says.

As a result, OSHA estimates that the total burden hours decrease for employers will be 201,640 hours, down from 7,622,100 to 7,420,460 hours. Additional savings could result from the more efficient protocols established under the final rule, the agency states. OSHA also argues that the new protocols could result in a cost savings of more than $4 million per year to regulated entities.

Both protocols are abbreviated variations of the original OSHA approved ambient aerosol CNC quantitative fit testing protocol (often referred to as the PortaCount protocol), but differ from the test by the exercise sets, exercise duration and sampling sequence.

These protocols will serve as alternatives to the four existing quantitative fit testing protocols already listed in Appendix A of the Respiratory Protection Standard. OSHA says that it found that these protocols “will maintain safety and health protections for workers while providing additional flexibility and reducing compliance burdens.”

The original ambient aerosol CNC protocol uses a sample device installed on the respirator to quantitatively test the respirator’s fit. The probed respirator is used only for the fit test. The PortaCount protocol employs a series of eight test exercises, performed in the following order: normal breathing, deep breathing, turning head side to side, moving head up and down, talking, grimacing, bending over and then normal breathing again.

The new quantitative fit testing (QNFT) protocols will provide employers additional options to fit test their employees for respirator use, Baroni explains. OSHA issued the rule with the expectation that it will increase employers’ flexibility in choosing fit testing methods for employees.

In addition, states with OSHA-approved state plans are not obligated to adopt the additional fit testing protocols. Nevertheless, the agency is strongly encouraging them to adopt the final provisions to provide additional compliance options to employers in their states.

In this regard, OSHA concludes that the new fit testing protocols provide employers in the State Plan states with procedures that protect the safety and health of employees who use respirators against hazardous airborne substances in their workplace at least as well as the quantitative fit testing protocols in Appendix A of the standard.