How to Professionally Integrate Women into Construction Industry 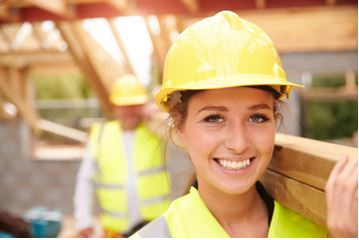 Although construction is traditionally considered a male-dominated industry, it is becoming more diverse with more women joining the workforce. “It used to be a man’s environment, working ten hours with all men but now we’re just more conscious that there will likely be a female working or walking through the jobsite,” says Pedro Loureiro, president of Nomad Framing in Monroe Township, New Jersey. “When I first started in the industry 21 years ago, you didn’t see a female working in the field and then every once and a while. Now I recently had a project where four of the six people working in the field were females. Just in the last 24 months the number of women working onsite has grown exponentially.”

“Sensitivity training is to open people’s eyes, set some ground rules and things to look out for,” explains Pedro. “Education is paramount.” Although Nomad Framing is based out of New Jersey, Pedro saw that New York State was requiring employers to adopt a sexual harassment prevention policy and wanted to implement it in their training procedures. “We saw that New York was focusing on sensitivity training in regards to sexual harassment. With more women working in the field and the industry, we realized it made sense to include in our training as well.”

Pedro says that the main reason they added the training was to educate their employees and open up the dialogue. “We wanted to start the conversation and train our employees on how to interact with female peers, suppliers, customers and other trade workers,” says Pedro. “Women are joining the industry at a rapid pace, and it’s a great thing.”

For more information, check out New York States sexual harassment prevention policy, the resources they offer online, and other related articles listed below: