When large groups of students gather and dance, it can create loading conditions neither intended nor anticipated by the building designer. While a recent floor collapse at Clemson University is a prime example of this phenomena, a more recent three-inch floor truss deflection at Elon University in Elon, North Carolina is also instructive.

On August 31, 2019, a group of students at an apartment complex near campus were hosting a large dance party. As can be seen in the video at right, the apartment was packed with students.

One eye witness estimated that at least 100 people were at the party. At some point during the party, the floor system experienced abnormal deflection and “sponginess.”

According to an interview with the apartment management (video below), the tenants woke up the next morning and noticed the floor was “out of shape and may have dropped three inches.”

Those observations prompted the management company to conduct an intrusive inspection, as can be seen in the photograph below. 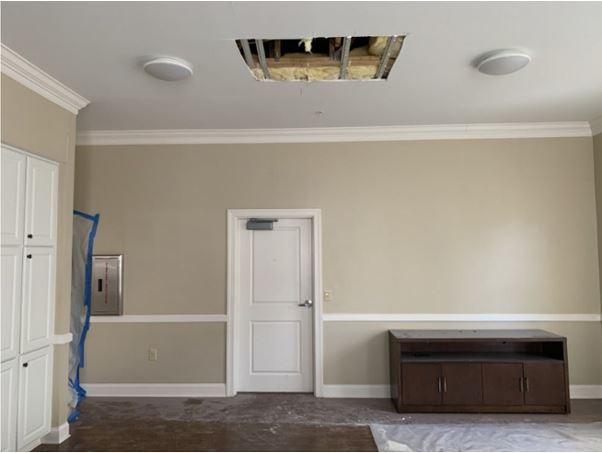 Given the rise in buildings being built for student housing, and the increased potential for high occupancy and rhythmic dancing loading conditions, it is wise for component manufacturers to reduce the potential for “back charges” with request for information (RFI) documentation, which we outlined in a recent article.

It is very important for all construction professional involved in student housing projects to clearly define the approved floor loads. Here is an example RFI table CMs could use to confirm design load conditions: