Will Canadian Rail Strike Cause Repeat of 2017-2018 Lumber Market?

The relatively stable softwood lumber market North America has experienced over the past year may be in jeopardy. The Canadian forest products industry, which has already been rocked by natural disasters and several mill closures over the past six months, now finds itself stuck between a rock and a hard place when it comes to getting its products to market. 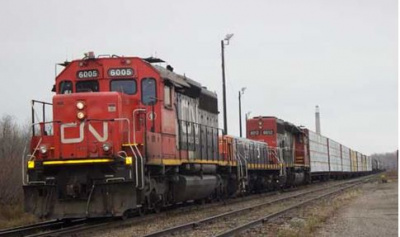 Almost 3,200 members of the Teamsters Canada Rail Conference began to strike this past Tuesday, November 19, against Canadian National (CN) railroad, which controls roughly half the rail capacity in Canada. The union, which represents conductors, trainspersons and yard workers, walked away from their jobs apparently due to issues related to safety, working conditions and benefits.

The Forest Products Association of Canada (FPAC) estimates that the lumber industry represents roughly ten percent of the tonnage transported on Canada’s railways.  "While FPAC respects the collective bargaining process, and the right of workers to go on strike, we are concerned about the devastating economic impacts this dispute will have on our industry, which is already facing significant headwinds, not to mention the impacts on forestry families and communities," chief executive Derek Nighbor stated yesterday.

With freight trains halted across Canada, lumber mills are forced to turn to the trucking industry.  Unfortunately, Canada is also facing a significant truck driver shortage. The Trucking Alliance of Canada recently estimated that the Canadian industry will be short by 34,000 drivers by 2024 (compared to 300,000 current drivers).

Joel Neuheimer, FPAC’s vice-president of transportation, said that while no lumber mills have been forced to shut down yet because of the strike, if they do the association estimates the cost to each mill would be $150,000 to $500,000 per day. 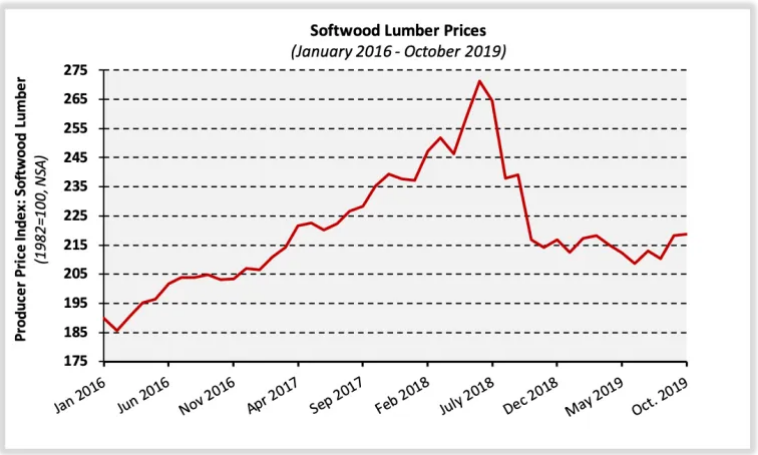 Unfortunately, that cost will ultimately be borne by lumber users if the rail strike drags on. The lumber market has remained relatively stable over the past year (see chart above), but this constraint could ultimately threaten short-term supply similar to the situation in late 2017-early 2018 when trucks were not available but logs and lumber were plentiful.

SBCA will continue to monitor this situation and provide timely updates to component manufacturers as warranted.