Exhibitor’s Experience the Value of BCMC

“This was a great venue, with so much energy and a lot of activity on the show floor,” said BCMC Committee member April Burt of Simpson Strong-Tie. April’s comments at the SBCA Board meeting on October 25 came on the heels of a wildly successful BCMC in Columbus, Ohio. She said that the value of BCMC was very evident to exhibitors this year.

931 individual component manufacturers (CMs) walked the show floor throughout the week, 102 more attendees than the 2018 BCMC in Milwaukee. Attendees represented 297 companies, with 409 locations. 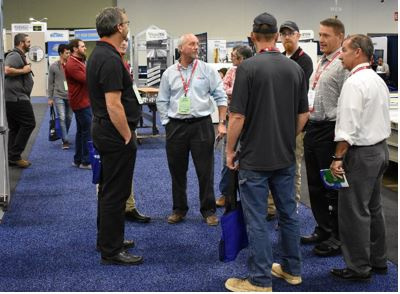 Jeff Radich, chief operating officer of iN4 Solutions, Inc. said they saw an increase in foot traffic into their booth compared to 2018. “A lot of people specifically came to the show to look at our product,” he said. “We’re encouraged by the amount of people getting into panelization; it seems it is making a comeback.”

BCMC regularly draws decision-makers for manufacturers from across the continent. This year was no different with 35 percent of attendees identifying as either the owner or primary leader of their company.

First-time exhibitor David Roy with ASI, a small Canadian-based machinery company, said they had a lot of good discussion and made many new contacts as they look to expand their market throughout the U.S. “It was a great opportunity for us to put a face on the name of people we knew, but had not met,” he said. “It was also a great opportunity for us to publicize our work and begin planting some seeds in the U.S.” 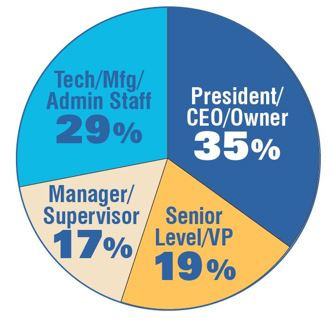 He said they are already discussing attending the 2020 BCMC show.

This year’s show boasted the largest exhibit hall since 2007, with plenty of new technology and innovations to share with CMs. 124 suppliers participated this year, up from 106 in 2018, 28 of which were first time exhibitors at BCMC. They brought a total of 699 individuals to the show, up from 572 the year prior, and reserved 66,500 sq. ft of show floor space, an increase of 9,000 sq. ft. over last year.

BCMC Committee member Steve Shrader with Hundegger said he enjoyed seeing the new technology and equipment that is pushing the industry forward. “BCMC is the preferred show for us, and I thought this year was a really good show,” he said. “We had really good attendance in our booth and made some really good contacts.”

Steve also emphasized how BCMC staff has a good handle on what the booths are doing and what’s going on throughout the show floor.

Mike Kozlowski of Apex. and co-chair of the BCMC programs committee, said he heard great things from everyone as he walked the show floor. “Even I was surprised with how positive the responses were,” he said. “Overall, I think exhibitors’ responses were 11’s.”

Look for much more insights and photos from the show in the December issue of SBC Magazine.