Editor's Note: The article below is an introduction to the ICC's views on the current code with regard to its contribution toward net-zero energy construction.  Beyond site-generated energy, the other side of the equation is an energy-efficient building envelope.  Two key concepts in insuring the most energy-efficient envelope possible are designs that incorporate the latest science in thermal insulation and preventing thermal bridging.

In building energy efficiency circles, the terms net zero, zero net energy, carbon neutrality and net carbon neutral are becoming increasingly common when discussing policy trends. However, there is confusion of what these terms mean and how they intersect with today’s energy codes.

This article is in response to a recent inquiry from a member seeking clarifying information on the International Energy Conservation Code (IECC) and “zero codes.” It is the first in a series addressing the changing landscape of building design, and the challenges, solutions and benefits of these changes.

The concept of net zero energy or net zero carbon buildings was first popularized by Architecture 2030 when they issued the 2030 Challenge to the building industry in 2006.  The challenge called for the reduction in the use of fossil fuels in new construction and major renovations resulting in carbon neutrality by 2030. Since that time, numerous programs, standards and codes have been developed to help move building practices closer to net zero, including the U.S. Department of Energy’s (DOE)  Zero Energy Ready Home, Architecture 2030’s Zero Code, the California Building Energy Efficiency Standards, and city- or state-specific energy codes such as the city of Boulder’s Energy Conservation Code or the state of Massachusetts Stretch code.

To underscore the magnitude of interest in energy and carbon reduction, in 2017 a total of 350 mayors had joined the Climate Mayors Agreement. Under this agreement, cities agreed to implement strategies that aligned with the greenhouse gas emission reductions outlined in the Paris Agreement. The signatories include the 10 largest cities in America — New York, Los Angeles, Chicago, Houston, Philadelphia, Phoenix, San Antonio, San Diego, Dallas and San Jose — along with hundreds of additional cities large and small in both red and blue states. The group of mayors, who represent more than 65.8 million Americans in 44 states, outlined a plan to align with the other 194 nations that signed on to the Paris Agreement.

At its 86th Annual Meeting, The United States Conference of Mayors passed resolutions supporting the achievement of 100% Renewable Energy in American Cities, and Uniting Cities to Accelerate Focus on the Economic and Climate Benefits of Boosting America’s Building Energy Efficiency. Within this latter resolution, they urged mayors from around the nation to work in conjunction with non-governmental organizations and other broad-based organizations promoting greater building efficiency to unite and maximize local government support for putting America’s model building energy code, the IECC, on a glide path of steady progress toward net zero building construction by 2050.

Zero Energy Building: An energy-efficient building where, on a source energy basis, the actual annual delivered energy is less than or equal to the on-site renewable exported energy.

In other words, the on-site renewable energy that is exported to the grid is greater than the off-site power generated and delivered to the building. It is important to note that not all entities agree that renewable energy must be generated on-site, and some jurisdictions are seeking carbon reduction and neutrality by providing renewable energy via the grid. 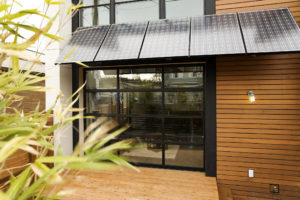 How far are current codes from net zero?

The distance of the 2018 IECC from net zero is nuanced on several factors, including the definition of net zero, building type and occupancy, climate zone, and acceptable level of cost-effectiveness. While in theory many of today’s buildings could be a zero energy building with the installation of on-site renewables such as photovoltaic panels or wind generation; high-rise buildings with limited roof area are constrained and many buildings have not yet achieved a level of energy efficiency that allows for cost-effective deployment of renewable energy, nor could many grid systems handle the level of on-site power generation required.

There is not one definitive answer on how much more efficient buildings should be before it is cost effective to make them net zero or zero energy building. However, we can look to the research of leading organizations to understand how far the codes have come, and the efficiencies that are still needed. According to analysis conducted by the DOE, overall buildings constructed to prescriptive provisions of the 2018 IECC use an average of 33 percent less energy than those constructed to the 2006 IECC.

Research from the Florida Solar Energy Center indicates that single-family, low-rise residential can be cost effectively net zero with an Energy Rating Index (ERI) score in the mid-40s. This compares to current code minimum scores of 57 to 62. If we consider an ERI of 100 aligning with the base efficiency of the 2006 IECC, an ERI of 45 is 55 percent better than the 2006 IECC.  This will vary by due to climate and local market conditions, but the research indicates when homes are 50 to 60 percent more efficient than the 2006 IECC it will be cost effective for on-site renewable power generation to offset the power use.

Commercial buildings have far greater variance — consider the energy use of a warehouse in temperate climate compared to a hospital with large cooling needs in a hot climate. Architecture 2030 research indicates that a 70 to 80 percent reduction in energy use from the 2006 IECC is needed to cost effectively designate a commercial building net zero or zero energy building. Again, this will vary by climate and occupancy. Applying the DOE definition of net zero — it is far more likely that the warehouse with expansive roof area in a temperate climate will net zero than a high rise hospital in a hot climate. In fact, the DOE recognized this challenge by offering parallel definitions for zero energy campuses, communities and portfolios. 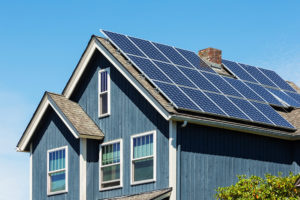 Returning to the Mayor’s Resolution, and addressing the “Glide path by 2050,” the analysis shows buildings generally need to be 50 to 80 percent more efficient than the 2006 IECC, depending on occupancy and climate zone, to potentially be considered net zero. Given that the 2018 IECC is, depending on occupancy and climate zone, 33 percent more efficient that the 2006 IECC,  cost-effective net zero construction would require a further reduction of approximately 20 to 50 percent. An average 2 to 4.5 percent decrease in energy use over each of the 11 code cycles from the 2018 IECC to the 2051 IECC would accomplish the mayor’s resolution of net zero by 2050.

As a point of reference, the 2009 and 2012 IECC provided a 10 percent and 33 percent reduction in energy use from the 2006 edition (respectively). Each of these codes included provisions that resulted in key improvements in efficiencies — involving key changes in design, construction and enforcement practices.  The 2015, and it is expected analysis will show the same for the 2018 IECC, did not impact energy efficiency by more than 1 percent. 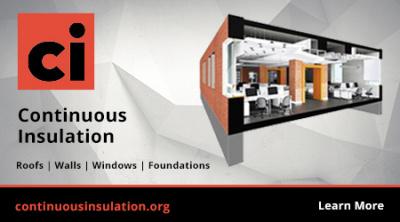 Future articles will explore building practices and trends across the country. The DOE and the Institute for Market Transformation have conducted data collection and compliance studies on construction practices related to codes, and we will be able to look at national and regional trends. What code provisions have successfully reached market transformation, and which are still challenges.

Not unlike the current energy code, advanced efficiencies look at the increased insulation; reduced lighting power; proper sizing of heating, ventilation and air conditioning (HVAC) equipment; and eliminating unneeded use of energy through reduced air leakage, natural light and daylighting controls, occupancy controls, and HVAC controls. Advanced codes and design protocols also focus on building orientation and more complete system integration and commissioning. We will highlight both challenges faced by builders, and those builders that have found cost-effective means of building to current 2018 IECC levels and well beyond.

In addition, future articles will explore codes and policies that have been implemented to impact energy use of existing buildings. Finally, we will address how practices that reduce energy use in a building contribute to the health and safety of the building and its occupants, durability and resilience.