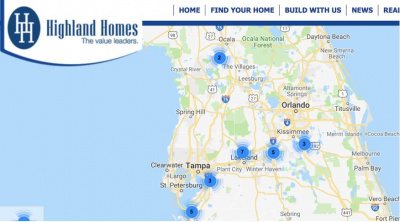 The acquisition, effective May 2, also adds a 12th state to the site-built portfolio's ever-more-expansive operating footprint, coinciding with aggressive investment in factory facilities that will further bridge construction, distribution infrastructure, procurement, and site-assembly gap between the company's already vast manufactured housing empire and its energized charge into the stick-built/site build home building arena.

The deal to bring Highland Homes--started by Robert Adams and his son Joel in 1996--into the Clayton fold follows suit with eight prior M&a deals, beginning with the purchase in late 2015 of Atlanta-area operator Chafin Communities. Common denominators to all each transaction are alignment around business cultures that put customers and team members at the top of the priority pyramid, an assumption that current principals and staff will stay on board as leaders of their companies, a proven track record of having weathered the Great Recession housing downturn, and evidence of being able to serve entry-level buyers in the operating market area.

Highland Homes, which competes head-to-head with big, public builders in the Central Florida market, does as much as 50% of its business among entry-level buyers, and its disciplines, customer knowledge, and operational excellence at serving this segment stood out in its appeal to the Clayton executive team.

"From the time I started, more than 40 years ago in home building, first building Sun State Homes into one of Florida's leading private home building companies, and then starting Highland in 1996 with Joel, we've focused first and foremost on that entry level and first-time buyer," Highland ceo Bob Adams says. "We know those customers."

Mike Rutherford, president of Clayton Properties Group, which oversees the portfolio of site-build home building operators, observes, "Central Florida is about as competitive an entry level market as there can be. The area may not have been on our radar, except that Bob and Joel and their team have such strong programs and operational skills serving that marketplace in an incredibly competitive area."

Here's some background information from the Clayton press announcement:

The Clayton Properties Group business model stays consistent as they partner with world-class companies in strong growth markets that share the same goals in their culture, innovation and commitment to customer and team member experience.

Highland Homes was advised by Zelman and Associates for the transaction.

Here are several key take-aways on the deal that speak to its impact and implications.