Maps: Where Residential Permits are Rising

According to the Census Bureau, total single-family permits issued year-to-date nationwide was 261,119. On a year-over-year basis, this represents a 6.5 percent decline over the April 2018 level of 279,302. The total number of multifamily permits issued nationwide reached 149,921 so far this year, representing a 2.4 percent year-over-year increase.

The maps below show single-family and multifamily starts by state (click on the image to enlarge). 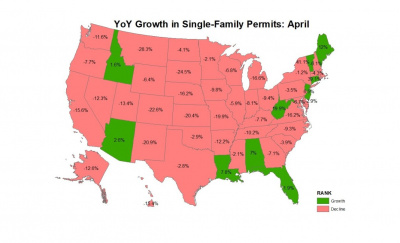 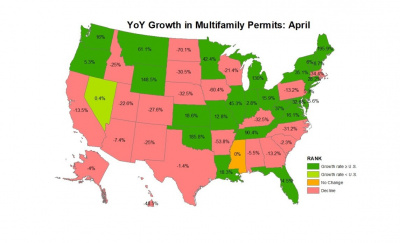 The continued growth of multifamily is good for the component manufacturing industry as those units most often rely on structural component framing.  Conversely, the drop in single-family will need to be watched closely.