Back in January, SBC Magazine covered a Home Innovation Labs’ report that indications a positive five-year outlook for structural component framing. Over the next three weeks, we will dig into that data further to see exactly which products are poised for growth, who will be using them and which regions  will see the most robust growth.

Roof trusses maintain a 66 percent market share, nationally, over stick framing; a slight increase over previous years and up five percent since 2012. A majority (60 percent) of builders surveyed indicated they plan to use roof truss about the same over the next five years and 19 percent plan on using roof trusses more often in the same period. To contrast that data, 3 percent of builders surveyed plan to use trusses left often and 18 percent don’t plan to use roof trusses at all. Large builders (25+ units) outpace small builders (1-24 units) with a net gain of increased use of roof trusses by 19 percent, compared to 15 percent respectively. 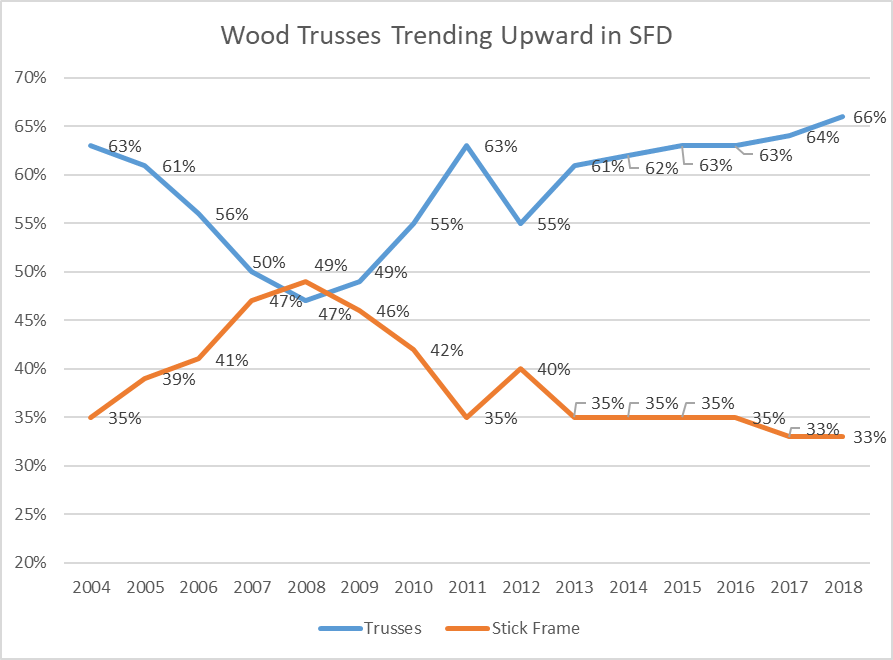 For more information on the Home Innovation Labs’ 2018 report, read these articles: