Editor's Note: Fewer OSHA inspectors and ultimately fewer inspections results in focused inspections on priority industries with common OSHA violations. It’s important for those in our industry to remain vigilant with regard to employee safety and implement best practices regardless of the likelihood of an OSHA inspection.

Despite assurances from Labor Secretary Alexander Acosta that he will boost the number of OSHA compliance officers this fiscal year, new data shows the number of inspectors has declined.

According to statistics that POLITICO obtained through the Freedom of Information Act, the number of compliance safety and health officers tasked with conducting workplace inspections at the agency had fallen in April to 870. That's down from the 875 safety inspectors that OSHA reported in January (in response to a FOIA request from the left-leaning National Employment Law Project). 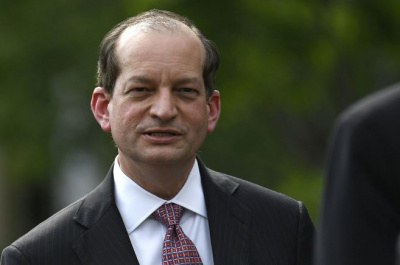 During the same month that OSHA recorded the 7-person decline, Labor Secretary Alex Acosta testified before a House appropriations panel that OSHA “expects to have a significant increase in inspectors in FY 2019.” | Susan Walsh/AP Photo

In addition, data provided to POLITICO from OSHA reveals that since January the agency has lost two area directors responsible for training and supervising safety and health inspectors.

During the same month that OSHA recorded the 7-person decline, Acosta testified before a House appropriations panel that OSHA “expects to have a significant increase in inspectors in FY 2019.” The fiscal year runs from Oct 1 through September 30.

At that April hearing, Acosta noted that OSHA hired 76 new inspectors in FY 2018.

By signing up you agree to receive email newsletters or alerts from POLITICO. You can unsubscribe at any time.

“These numbers are stunning,” said Debbie Berkowitz, a former OSHA policy adviser now with NELP. “The agency now has the lowest number of inspectors in its entire history—it will now take over 160 years for the agency to inspect every workplace under its jurisdiction just once. This does not bode well for workers.”

“This is a sign of erosion in OSHA’s ability to inspect workplaces,” Peg Seminario, director of health and safety at the AFL-CIO, told POLITICO. “Acosta has committed to strong enforcement, but their ability to do so is being hobbled and crippled by losing experienced staff.”

In total, OSHA's compliance safety and health officers reached 949 in April, but that figure also includes 79 area directors, who do not conduct workplace inspections. According to January numbers obtained by advocates, the agency had 81 area directors on board at the time.