The familiar high school rituals take place every spring. Athletes sign letters of intent to play for college programs as their coaches beam with pride, the photographs splashed across social media. Other high school seniors wave college acceptance letters as their names are announced at school assemblies.

But one school system in Virginia wanted to celebrate a different life-changing moment for the seniors who were starting careers right after graduation. In Henrico County, public school administrators held a ceremony in late March called "Career and Technical Letter-of-Intent Signing Day."

"This is a celebration of students who are entering the workforce or post-secondary training with a plan," said Mac Beaton, director of Henrico Schools’ Department of Career and Technical Education, in a Facebook post. "They’ve chosen to maximize their high school opportunities for career training and industry certifications, with an eye on becoming successful and financially secure much earlier in life."

The students met with representatives from their future places of employment and both signed letters outlining what they would do before and during employment, as well as what training and compensatory benefits the employer would provide, and an estimate of the position's overall value.

"Signing Day is a way of recognizing their hard work and the value of the career-preparation training they've received through Henrico Schools' Career and Technical Education program," Beaton said.

The impetus for the idea 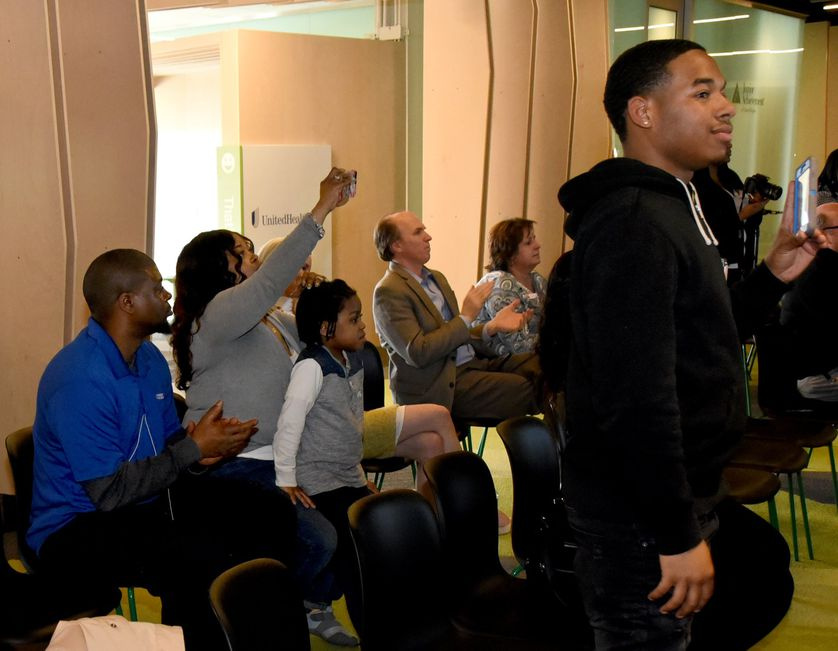 More than 5,000 students earn industry-based certifications in Henrico County each year, and that often means a job immediately upon graduation. For this first event, a dozen students were recognized as they signed letters of intent to work as apprentices or machinists for local and national companies.

Beaton said the idea for the recognition ceremony was rooted in a constant battle to show the importance of this kind of training.

"We're always trying to figure out how to address the skills gap when the general mentality of parents is 'I want my child to go to college,'" Beaton told Today Parents.

"One way to do this is to help them see the value of career and technical education," he said. "When you start talking data that affects parents’ pocketbooks, that gets their attention."

During the event, families and members of the media watched as students signed letters of intent. Just like athletes don caps representing their future teams, these students put on hats and other clothing representing the companies they would soon work for. 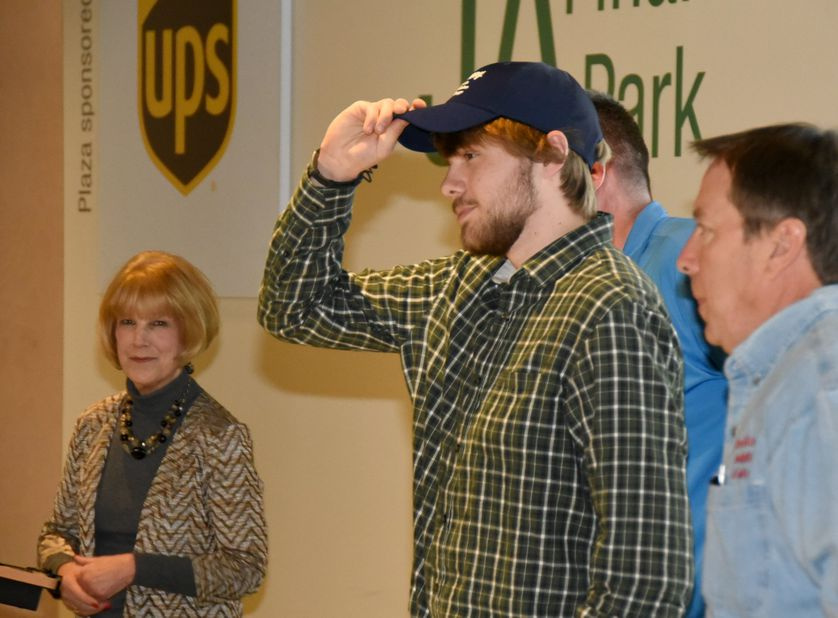 It may not get the same media attention, but Henrico County's approach puts the focus on needed skills. (Photo: Henrico County Public Schools)

The event was a huge hit on social media, with fans praising the celebration.

"This is the best thing I've seen in years," wrote Catherine DeAngelis. "It's about time we celebrate the skilled workforce. We need to do that here, people need to see how important these students really are."

Tricia Molloy agreed. "This is fabulous!! The world runs because of our tradesman and women. It’s wonderful to honor and celebrate those who join the trades."

"College isn't for everyone, so this is a wonderful way to support those who train vocationally for the workforce," wrote Jean Mayo Campbell. "Maybe other districts will embrace this."

Even "Dirty Jobs" host Mike Rowe shared the school system's post on his own Facebook page, commenting, "This is the way forward. No attempt to close the skills gap will ever succeed, until or unless we celebrate those who are willing to learn a skill that's in demand. This is not just a terrific idea, it's a model for every other technical school in the country ... Here's hoping others will follow Henrico's lead."

'About time they got recognized' 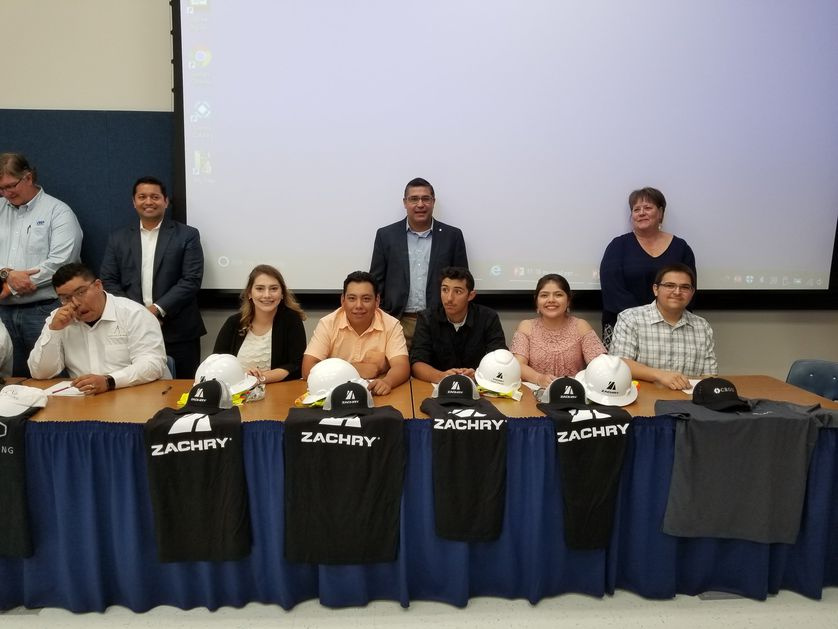 That's likely what happened in San Antonio where Construction Careers Academy added a similar event to its annual "Academy Awards" ceremony in the spring. The magnet school prepares students for careers in the construction industry with a focus on one of six areas: architecture, construction management, engineering, carpentry, electrical/HVAC or plumbing/pipefitting/welding.

The school's Program Coordinator Audrey Ethridge organized a signing event for graduating students after several people told her that it had been done at another school — likely Henrico County in Virginia, which has inspired many to do the same.

Students who earned jobs after a spring career fair took part in the signing ceremony with their new employers. The employers brought hats, T-shirts and other items and all the students signed commitment letters at the same time while parents and administrators watched.

"Employers were really excited to take part and very happy to have these students come work for them," Ethridge tells MNN. Students were smiling broadly as they sat behind long tables with their employers behind them and their proud parents in the crowd, happy that their students were being recognized.

"Most schools will do some character awards, academic awards, did-you-show-up-for-school and athletic signing awards and nobody does anything for career and tech kids and it’s about time they got recognized."