Katerra, a Silicon Valley startup backed by SoftBank, has closed a large factory in Phoenix, weeks after one of its co-founders left the firm.

The Menlo Park–based firm, which is valued at more than $4 billion, says it uses tech to deliver construction projects inexpensively. But it has a history of delaying or abandoning projects and in recent months has laid off hundreds of employees. 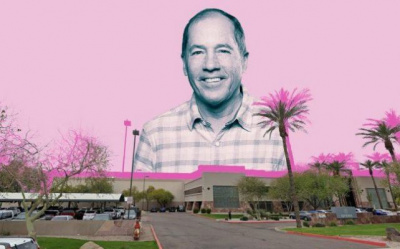 The Phoenix factory, which was the company’s first, had been used to prefabricate building components for Katerra’s construction projects. In an email sent to staff Tuesday and obtained by The Real Deal, Katerra’s CEO Michael Marks wrote that the factory would close at the end of the month and its employees would be let go.

“We learned a lot from that factory,” Marks wrote. “We learned what we were doing right, and we also learned about lots of improvements that could be made.”

Bloomberg, which first reported the closure, said the company lay off 200 employees. Katerra did not return messages seeking comment.

The Phoenix factory had a series of hiccups. Soon after opening in 2016 it was closed for a week, reportedly for lacking proper building permits.

Katerra has since opened a mass-timber factory in Spokane, Washington, and is in the process of building a facility in Tracy, California.

The Tracy factory will be used to build added lines of prefabricated components, including windows, steel walls, and bathroom and kitchen kits, Marks wrote in his email.

He also announced that Katerra would begin building a second factory in Texas.

“It’s natural for a growing company like Katerra to make some changes in strategy,” Marks wrote. “But I want to thank our employees at the Phoenix factory for their participation in this journey.”

Following a $700 million funding round earlier this year led by SoftBank, the firm is valued at more than $4 billion, with some estimates closer to $5 billion. It has made a flurry of acquisitions, primarily of construction and architecture firms, which it has used to build and design projects. Since its founding in 2015, the company has seen considerable executive turnover and been dogged by reports of delays and cost overruns at some of its projects.

Last week TRD reported that its co-founder, Fritz Wolff, had departed the firm. While it remains unclear why Wolff left, his eponymous family construction firm is one of Katerra’s biggest customers. Katerra has indicated that it will continue to work with the Wolff Company and that Fritz Wolff remains a shareholder.

According to Marks, Katerra is slated to become profitable sometime next year. The company has not yet released specific plans to go public, though the CEO has indicated that an IPO would not happen until at least 2021.

Posted on December 5, 2019 in Press Releases