The code development process for the 2021 editions of the International Building Code (IBC), International Residential Code (IRC), and International Energy Conservation Code (IECC) are coming to a close. While many proposals are still awaiting final building official on-line voting, two proposal that received broad support -- including a unanimous committee vote for approval -- have already been confirmed by consent vote of code officials. These two proposals represent long over-due advancements for the water vapor control provisions of the IBC and IRC and will provided needed coordination with insulation requirements in the IECC.

The two proposals can be accessed via code hearing agenda published at the International Code Council’s website. To access the specific proposals from the downloadable hearing agenda, use the following proposal numbers and hearing group:

These proposals have been coordinated so that the IBC and IRC vapor retarder provisions would be similar in format and technical requirements. The significant formatting improvements include a tabulation of vapor retarder requirements by climate zone. Significant technical improvements include recognition of “smart” or “responsive” vapor retarders as a means to control water vapor movement in assemblies while also allowing water vapor to escape. Even more significant, vapor retarder and insulation ratio requirements for use with continuously insulated walls have been provided in tabulated form to facilitate moisture control (see Table 1 and Figures 1 and 2 below as an example of advanced solutions added to the 2021 codes). For additional information on appropriate and code-compliant use of continuous insulation and water vapor retarders, refer to www.continuousinsulation.org.

TABLE NOTE: A Class II vapor retarder is typically a Kraft paper facer as commonly applied to fiberglass batt cavity insulation.  Kraft paper is also a “smart” vapor retarder, thus maximizing inward drying potential when foam plastic continuous insulation is used on the exterior side of the wall.  Also the minimum continuous insulation amounts shown in the table ensure the wall remains sufficiently warm and resistant to moisture accumulation or condensation during the winter.  These requirements are for moisture control and must be coordinated with minimum insulation amounts required for energy code compliance. Using a greater amount of continuous insulation for a given level of cavity insulation will further improve moisture and energy performance.  For the technical basis of this table and the above referenced code proposals refer to: ABTG Research Report No. 1701-01 and ABTG Research Report No. 1410-03 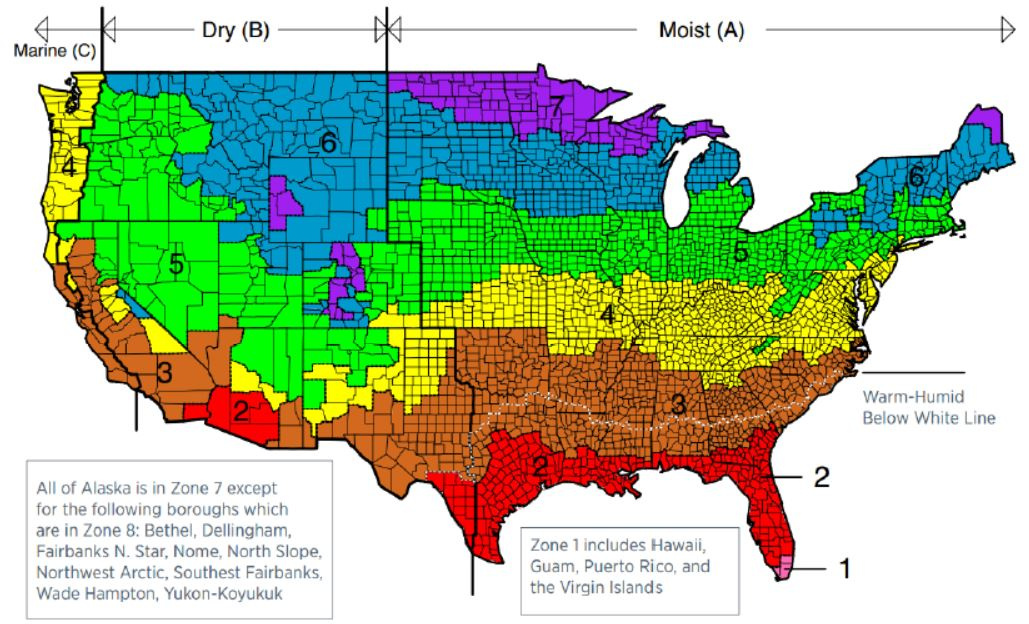 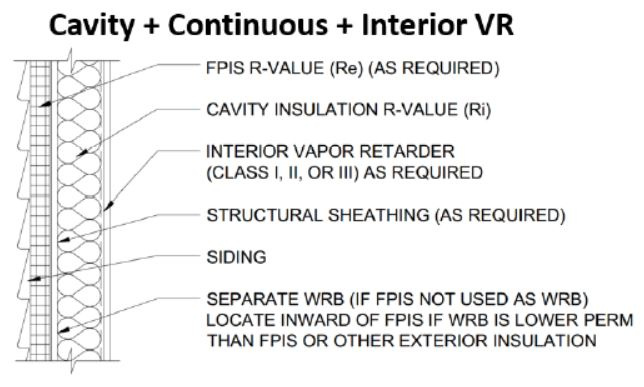