Weyerhaeuser Company today announced that Doyle R. Simons has elected to retire, and its board of directors has appointed Devin W. Stockfish as president and chief executive officer, effective Jan. 1, 2019. Stockfish, currently senior vice president of the company's Timberlands business, will join the company's board of directors on Jan. 1, 2019, at which point Simons will step down from the board and become senior advisor until his retirement on Apr. 1, 2019. 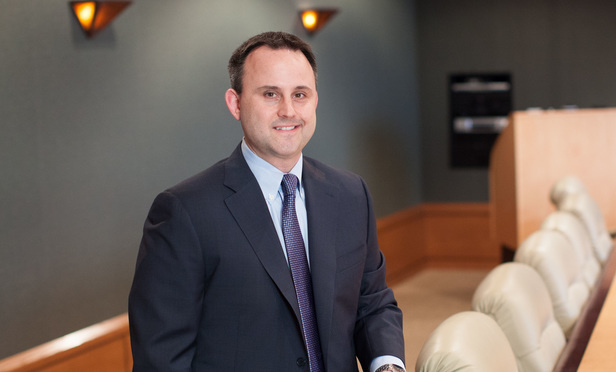 "In anticipation of this planned transition, the board conducted an extensive succession process and unanimously determined that Devin is the right leader to take this company to the next level," said Rick R. Holley, chairman of Weyerhaeuser's board of directors. "Devin has a proven ability to achieve results and an impressive breadth of experience that spans various industries. We are excited about the energy and vision he will bring to this role as we continue to focus on industry-leading performance and disciplined capital allocation."

"During his tenure as CEO, Doyle has done an outstanding job of focusing the business portfolio, driving improved performance, allocating capital, growing the company and building a strong leadership bench," Holley continued. "On behalf of the board, I thank Doyle for his tremendous leadership and accomplishments, and wish him all the best in his well-deserved retirement.

"It's been an honor to lead this company for the last five years, and I'm proud of the progress we made in positioning Weyerhaeuser for continued value creation with a streamlined portfolio, improved operational and financial performance and an incredibly talented leadership team," said Simons. "Building the next generation of leaders has been a key priority during my tenure as CEO and the Board and I are confident Weyerhaeuser will continue to thrive under Devin's leadership. He is a focused, disciplined and respected leader who has demonstrated great judgment, a commitment to delivering results through operational excellence and a passion for developing people. Our shareholders and employees will benefit from his vision and expertise."

Stockfish said: "It's an absolute privilege to become Weyerhaeuser's next president and chief executive officer. We have a world-class team of talented employees who are working every day to build on our momentum as the industry leader. By maintaining our focus on operational excellence and disciplined capital allocation, we will continue to drive shareholder value and ultimately achieve our vision to be the world's premier timber, land, and forest products company. I also want to thank Doyle for his tremendous leadership and contributions to Weyerhaeuser, as well as his willingness to continue as a senior advisor in early 2019 to ensure a smooth and successful transition."

As part of the leadership succession plan, the board of directors also announced the following appointments:

"Adrian is one of the most focused, disciplined leaders I've ever worked with," said Simons. "His broad timberlands and manufacturing experience and relentless focus on operational excellence are going to be a tremendous asset to our Timberlands business. Keith brings more than 30 years of manufacturing experience and expertise to this critical role and has been a key member of the Wood Products leadership team alongside Adrian for many years. Keith's energy, operational expertise and direct customer experience uniquely position him to drive next-level performance in our Wood Products business."

About Devin Stockfish
Devin W. Stockfish has been Senior Vice President, Timberlands, since Jan. 1, 2018. Previously, he served as the company's Senior Vice President, General Counsel and Corporate Secretary, and as Vice President, Western Timberlands. Before joining Weyerhaeuser, he was Vice President & Associate General Counsel at Univar Inc., where he focused on mergers and acquisitions, corporate governance and securities law. Previously, he was an attorney in the law department at Starbucks Corporation and practiced corporate law at K&L Gates LLP. Before he began practicing law, he was an engineer with the Boeing Company. He received his Doctor of Jurisprudence degree from Columbia University School of Law and holds a Bachelor of Science degree in mechanical engineering from the University of Colorado.

About Adrian Blocker
Adrian M. Blocker has been Senior Vice President, Wood Products, since Jan. 1, 2015. Prior to that, he was Senior Vice President, Lumber, from 2013 to 2014. Earlier in his career, Blocker held numerous leadership positions at West Fraser, International Paper, and Champion International focused on wood products manufacturing, forest management, fiber procurement, consumer packaging, strategic planning, and business development. He holds an MBA and Bachelor of Science degrees in Business and Forestry from Mississippi State University.

About Keith O'Rear
Keith O'Rear has been Vice President, Wood Products Sales and Marketing, since Jan. 1, 2018. Previously, he was Vice President of Wood Products Manufacturing for the company's Mid-South region from 2014 to 2017. O'Rear led the company's Timberlands operations in Oklahoma and Arkansas from 2013-2014, and prior to that he held various manufacturing leadership roles at the company's lumber mills in Dierks, Arkansas, and Idabel, Oklahoma. He also led a variety of initiatives for the company in the areas of safety, reliability, strategic planning and large capital projects. O'Rear joined Weyerhaeuser in 1989. He holds a Bachelor of Business Administration degree from Texas A&M University – Texarkana.

About Doyle R. Simons
Doyle R. Simons has been President and Chief Executive Officer of Weyerhaeuser since Aug. 1, 2013, and a member of the board since June 2012. Prior to that, he served as Chairman and Chief Executive Officer of Temple-Inland, Inc., from 2008 to February 2012 when it was acquired by International Paper. Previously, he held various leadership positions within Temple-Inland. He currently serves on the board of directors for Fiserv Inc. Simons holds a Bachelor of Business Administration from Baylor University and a Doctor of Jurisprudence from the University of Texas at Austin.