Ireland’s Entekra Takes U.S. Framing to the Next Level

Entekra is a company you likely haven’t heard of before, but their approach to componentized framing may change that quickly. Based in Ireland, they opened operations in Ripon, California this past July. They brand their framing system as a fully integrated off-site solution (FIOSS), and it may prove to turn the framing labor shortage on its head.  Builder Magazine recently profiled how a crew of three fully framed and dried-in a 2800 square foot house in three working days using Entekra components! 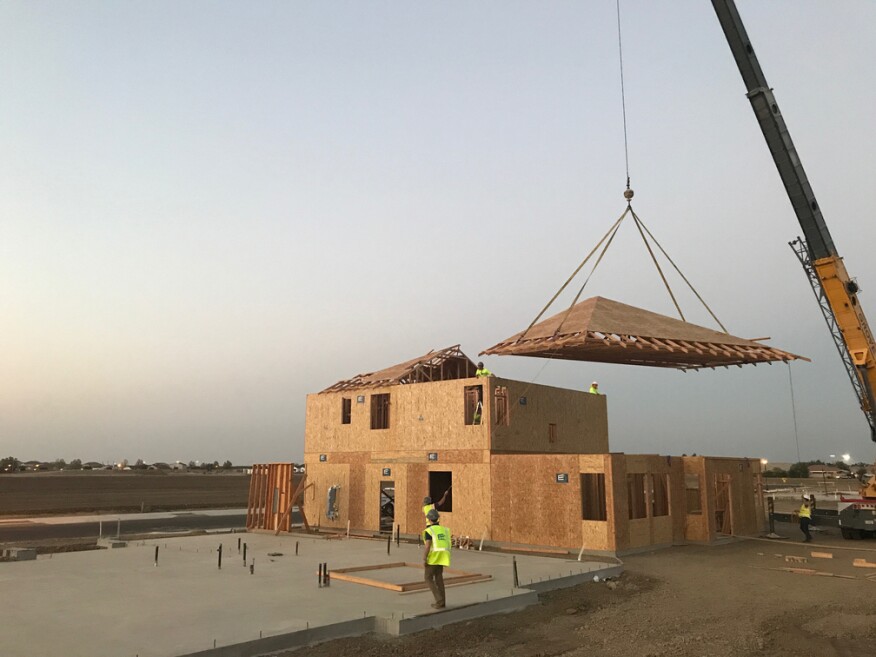 Entekra is currently operating out of a 28,000 square foot facility, but believes they can build the company into a framing giant with $250 million in revenue by year five.  Per the article in Builder:

“The company’s strategy is to scale like there’s no tomorrow. The Ripon plant is in continuous production mode, and McCaughey and his co-founding COO Bran Keogh expect it to reach its 500-home annualized run-rate in mid-2018. Revenue for Entekra gets its rocket fuel if and when the firm can tap enough growth capital to open a second, 175,000-square-foot factory in Northern California by the fourth quarter of 2019, capable of delivering 3,000 homes annually on single shifts of production.”

The key to its success will likely be its ability to harness the best qualities of structural components and further reduce the needs for skilled framing labor.

Posted on January 7, 2018 in Housing & Construction