Eidtor’s Note: The data below explores how 2017 was the strongest year for housing since 2007, and why 2018 will likely bring continued growth.  SBCA tracks housing starts each month and has a webpage devoted to housing data and pertinent analysis  for component manufacturers.

This was the highest level for total housing starts and single family starts since 2007.

Here is a table of housing starts since the bubble peak in 2005. 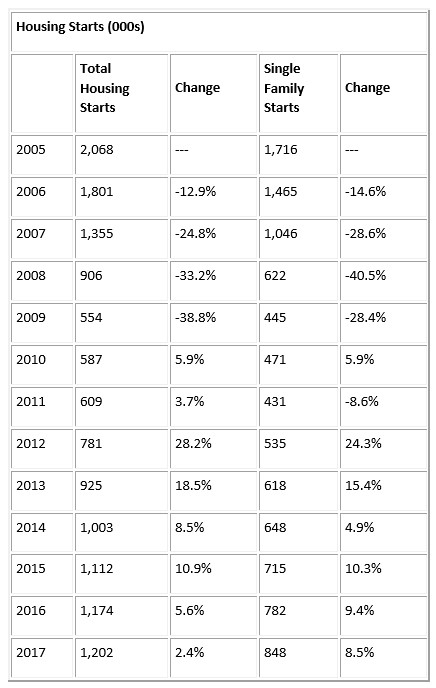 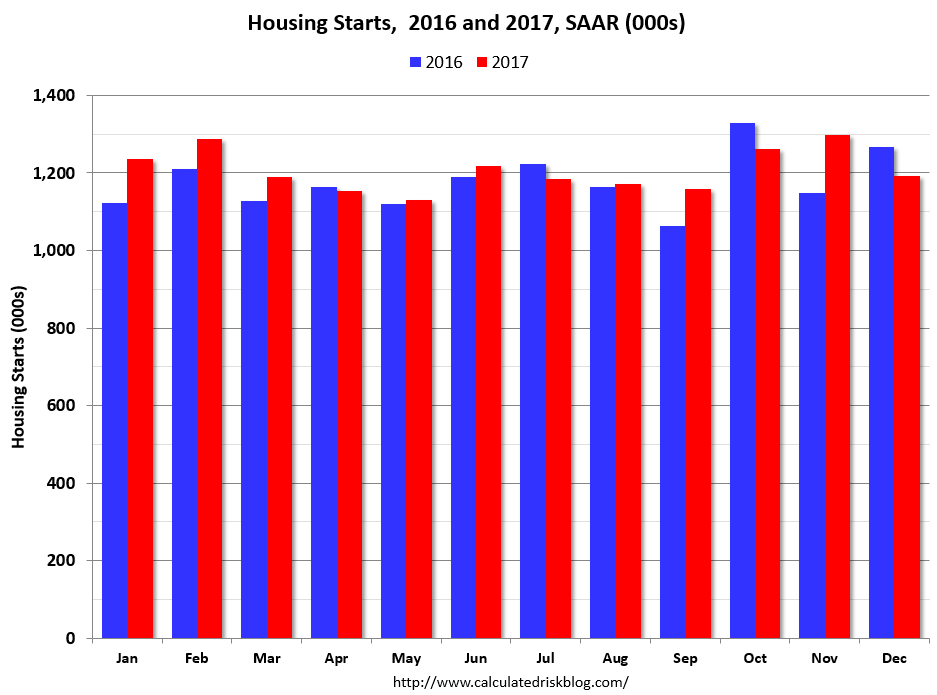 Note that single family starts were up 8.5% in 2017, and the weakness (as expected) was in multi-family starts.

These graphs use a 12 month rolling total for NSA starts and completions. 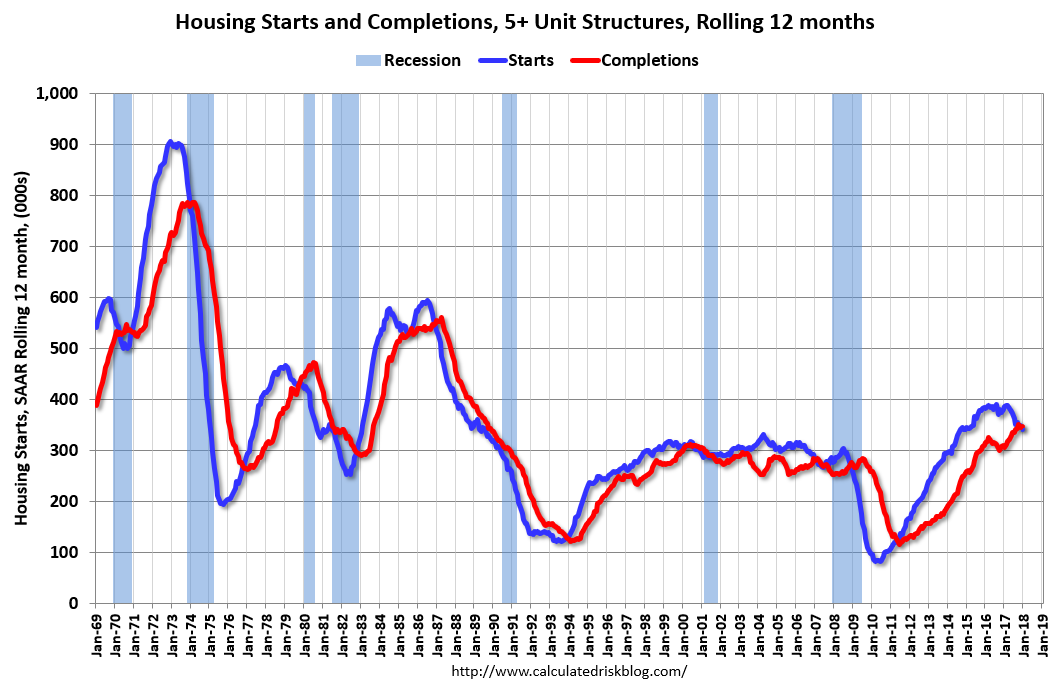 The rolling 12 month total for starts (blue line) increased steadily over the last few years - but has turned down recently.  Completions (red line) have lagged behind - and completions have caught up to starts (more deliveries).

Completions lag starts by about 12 months, so completions will probably turn down in about a year. 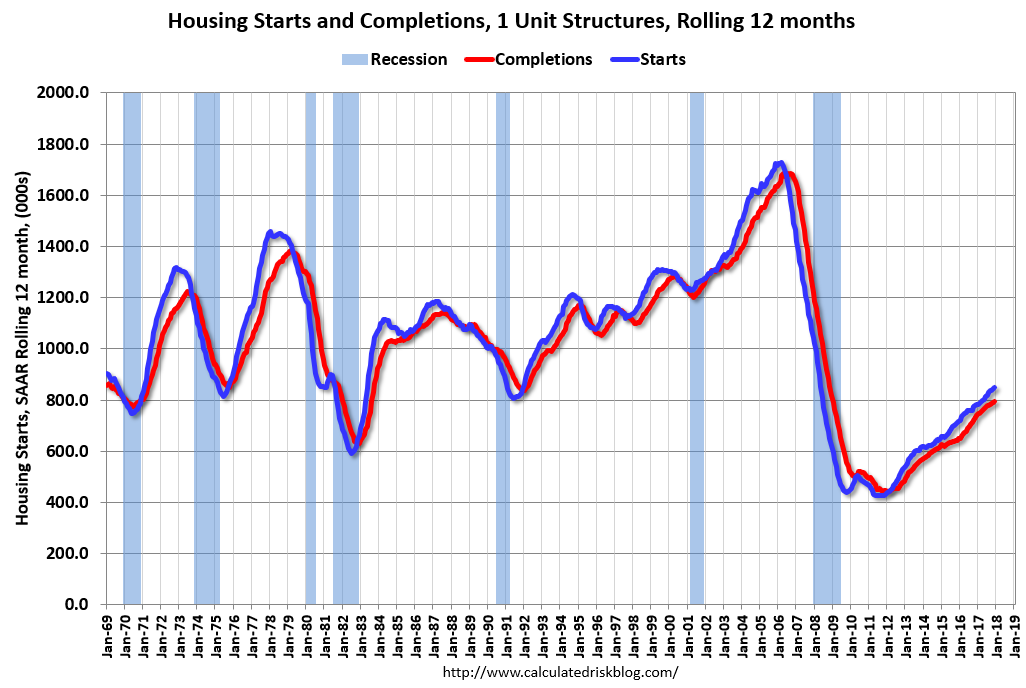