The Romans have been using it since the days of Julius Caesar, but not to get high. Both Washington and Jefferson grew it.

Now that several states have legalized the use of marijuana for some recreational and medical purposes, one of the biggest untapped markets for the cannabis plant itself — at least one variety — could be as a building tool. 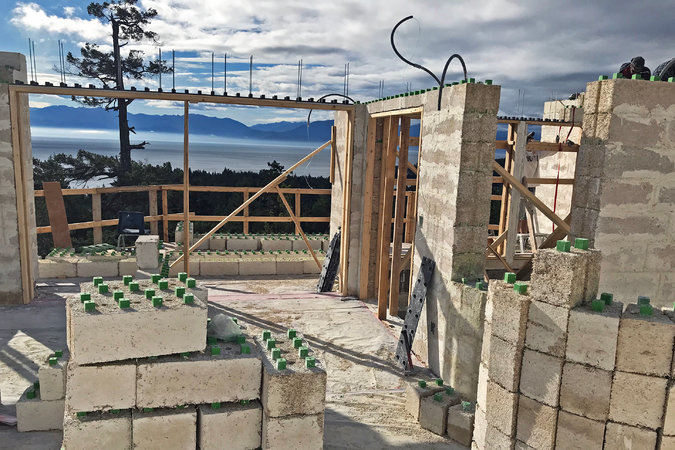 The most sustainable building material isn’t concrete or steel — it’s fast-growing hemp. Hemp structures date to Roman times. A hemp mortar bridge was constructed back in the 6th century, when France was still Gaul.

Now a wave of builders and botanists are working to renew this market. Mixing hemp’s woody fibers with lime produces a natural, light concrete that retains thermal mass and is highly insulating. No pests, no mold, good acoustics, low humidity, no pesticide. It grows from seed to harvest in about four months.

A strain of the ubiquitous Cannabis sativa, the slender hemp plant is truly weedlike in its ability to flourish in a wide variety of climates, growing as high as 15 feet and nearly an inch in diameter. The plant’s inner layer, the pith, is surrounded by a woody core called the hurd. This is the source of the tough fiber, which can be used for rope, sails and paper.

Hemp is typically planted in March and May in northern climes, or between September and November below the Equator. Once cut, usually by hand, plants are left to dry for a few days before they’re bundled and dumped into vats of water, which swells the stalks. Those dried fibers are then blended for a variety of uses, such as adding lime. This creates block-like bricks known as hempcrete.

Industrial hemp contains a mere 0.3 percent of THC (tetrahydrocannabinol), the substance responsible for the buzz when smoking weed. The cannabis present at a reggae fest, for instance, contains as much as 20 percent.

The two strains look different, too. Hemp’s sativa is taller; the shorter indica has resiny trichomes accounting for its psychoactive power. The rule goes: the better the budding flower, the poorer the hemp.

Also unlike pot, you can’t grow hemp in an indoor hydroponics setup; the plant’s deep roots need to spread, so outdoor cultivation is required. The plant’s seeds and leaves can be eaten raw, dried into powder or pressed into oils.

Getting a mature plant in just a few months — with less fertilizer than needed for industrial crops like corn, and without chemical fertilizers or bug sprays — makes the potential for profit huge. As hemp taps water underground, its long roots circulate air, which improves soil quality — another boon for farmers looking to rotate crops.

Battling the plant’s powerful drug connotation might be the toughest hurdle for farmers and builders, and is possibly a more formidable obstacle during the Trump administration. The plant is still highly regulated.

This January, though, California legalized use of the plant in full. And the federal farm legislation of 2014 legalized hemp’s cultivation for research purposes in universities in states where it’s been approved by law. New York now funds a research initiative for as much as $10 million in grants toward hemp businesses, with participation in the pilot program from institutions that include Cornell University.

Still, in the United States special permits are needed to build with hemp, and the requirements can vary by county and state. The first modern hemp house was constructed in 2010, in North Carolina. There are now about 50 such homes in the country.

But not much hemp is grown here; a little less than 10,000 acres so far, enough for about 5,000 single-family homes. Cultivated acreage in Canada is double that, and in China’s Yunnan province, 10,000 farmers grow it. Roughly 30 nations now produce hemp, including Spain, Austria, Russia and Australia.

Hemp was rediscovered in the 1980s across Europe, where cultivation is legal, and France has became the European Union’s largest hemp producer. Hundreds of buildings across the continent use the substance as insulation to fill walls and roofs, and under floors in wood-framed buildings.

More like drywall than concrete, hempcrete can’t be used for a foundation or structure; it’s an insulation that needs to breathe, said Joy Beckerman, a hemp law specialist and vice president of the Hemp Industries Association, a trade group.

Hemp shouldn’t be used at ground level, or it loses its resistance to mold and rot. Lime plaster coatings or magnesium oxide boards have to be applied to anything touching hempcrete, or the lime will calcify it and lose its ability to absorb and release water.

While that sounds like a lot of work, Ms. Beckerman pointed to the long-term payoff.

“In many climates, a 12-foot hempcrete wall will facilitate approximately 60-degrees indoor temperatures year-around without heating or cooling systems,” she said. “The overall environmental footprint is dramatically lower than traditional construction.”

There still aren’t international standards for building with hemp, or codes regulating how it should be used structurally or safely. ASTM International, a technical standards organization, formed a committee to address this in 2017.

Nonetheless, the use of hempcrete is spreading. A Washington State company is retrofitting homes with it. Left Hand Hemp in Denver completed the first permitted structure in Colorado last year. There’s Hempire in Ukraine, Inno-Ventures in Nepal. Israel’s first hemp house was constructed in March on the slopes of Mount Carmel.

It’s a niche but growing sector of the cannabis market. In 2015, the Hemp Industries Association estimated the retail market at $573 million in the United States.

“When I started Hempitecture in 2013 and presented the concept, venture capitalists laughed at the idea,” said Matthew Mead, the founder of Hempitecture, a construction firm in Washington. “Now there are over 25 states with pro-hemp amendments and legislation, and the federal farm bill has its own provision supporting the development of research toward industrial hemp.”

One major issue is cultivation. Although it has been legal to grow hemp in Canada since 1998, farmers need to apply for licenses. In Australia, industrial hemp agriculture has been legal for over 20 years.

In the United States, a provision in the farm bill removed hemp grown for “research purposes” from the Controlled Substances Act. Farmers and researchers in more than a dozen states can now import hemp seeds. The Industrial Hemp Farming Act, pending in the House for the seventh time, would exempt hemp plants in toto from the controlled substance designation, an Olympic leap toward a burgeoning agro-business.

Much like the “pot-repreneurs” who set up marijuana dispensaries a decade ago, before laws were definitive, a generation is pushing ahead despite uncertainties. 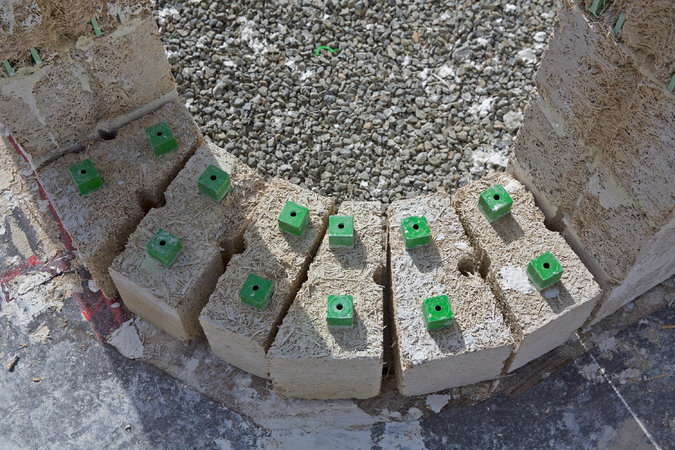 Sergiy Kovalenkov, 33, a Ukrainian civil engineer who spent the last three years building hemp structures and consulting on projects in Ukraine, France, Sweden and Jamaica, is beginning a project in California. The hardest steps, Mr. Kovalenkov said, are paperwork, permits and seeds.

“Building codes vary from state to state, with regulations in terms of fire and seismic activities,” he said. “If we’re talking sustainable product, seeds cannot come from Poland or France. It has to come from California.”

Only one facility in the United States processes hemp stalks, in North Carolina. Mr. Kovalenkov’s firm, Hempire USA, has also devised its own fiber separation system. “The demand is going to be quite big in the next three to five years,” Mr. Kovalenkov said.

“It smells like comfort,” Mr. Kovalenkov said, laughing. “It smells a little like lime. We’re using the stalk. You cannot smell cannabis — it has nothing to do with smoking weed or cannabis plants. It’s an industrial agriculture crop.”

In October, representatives from 14 countries attended the seventh annual Hemp Building Symposium at the International Hemp Building Association in Quebec. Terry Radford, the president of JustBioFiber Structural Solutions, an I.T.-pro-turned-tinkerer, unveiled a prefab hemp composite that could be more attractive to city planners and government building code officials.

“The problem with hempcrete right now,” he said, “is each one has to be inspected and have an exemption from the building code. It’s difficult for builders to get approved. If you’re trying to get a mortgage on your house, it’s pretty restrictive. That’s our biggest challenge.”

“Our idea is to get the material certified by building coders, rather than have each one approved,” he added. “The difference between hempcrete and my block product is that we’re a structural product. Hempcrete by itself is just an insulation.” The start-up is preparing to produce a 112,000-square-foot facility in British Columbia.

Mr. Mead, the head of Hempitecture, echoes the concerns of others. For farmers to expand, he said, the infrastructure has to be there. Without a network to process materials, “it will be difficult for farmers to know if they can grow this crop and turn a profit.”