Simpson Strong-Tie, the leader in engineered structural connectors and building solutions, has introduced the SCS seismic bypass framing connector, the first hybrid seismic clip engineered for either slide-clip or fixed-clip applications in high-seismic areas, and the first product of its kind to undergo full-scale cyclic research testing to determine load capacities in real-world conditions. 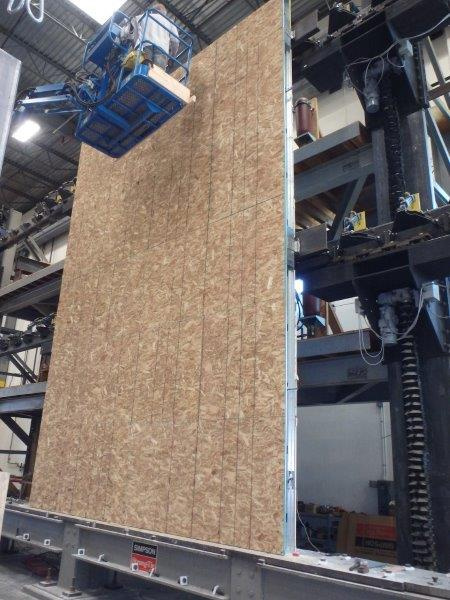 To determine the in-plane performance of the SCS clips, Simpson Strong-Tie conducted full-scale cyclic testing on the uniaxial shake table at our Tye Gilb Research Laboratory. The results were used to develop a representative component test to determine various combinations of stud/clip in-plane capacities. The testing allowed us to a re-engineer the bypass clip to significantly increase the in-plane capacity.

“Everything about the SCS clip, from its heavy-duty 10- and 12-gauge steel manufacturing to its strategically placed darts to the location of its fastener slots and holes, has been engineered to provide exceptional resistance to in-plane seismic loads,” says Simpson Strong-Tie senior product manager Clifton Melcher, P.E. “Before conducting these tests, there was little understanding of how clips act when subjected to in-plane loads, and the resulting value-engineering has enabled Simpson Strong-Tie to provide a solution that delivers the highest seismic loads in the industry.”

Additional features and benefits of the SCS seismic bypass framing connector include the following:

Posted on December 10, 2018 in Sponsored Headlines