Editor's Note: A report regarding the floor collapse at a party involving Clemson University students appears to confirm our speculation shortly after the event that the number of people confined to the small space combined with the rhythmic dancing were the likely causes of the floor truss collapse. 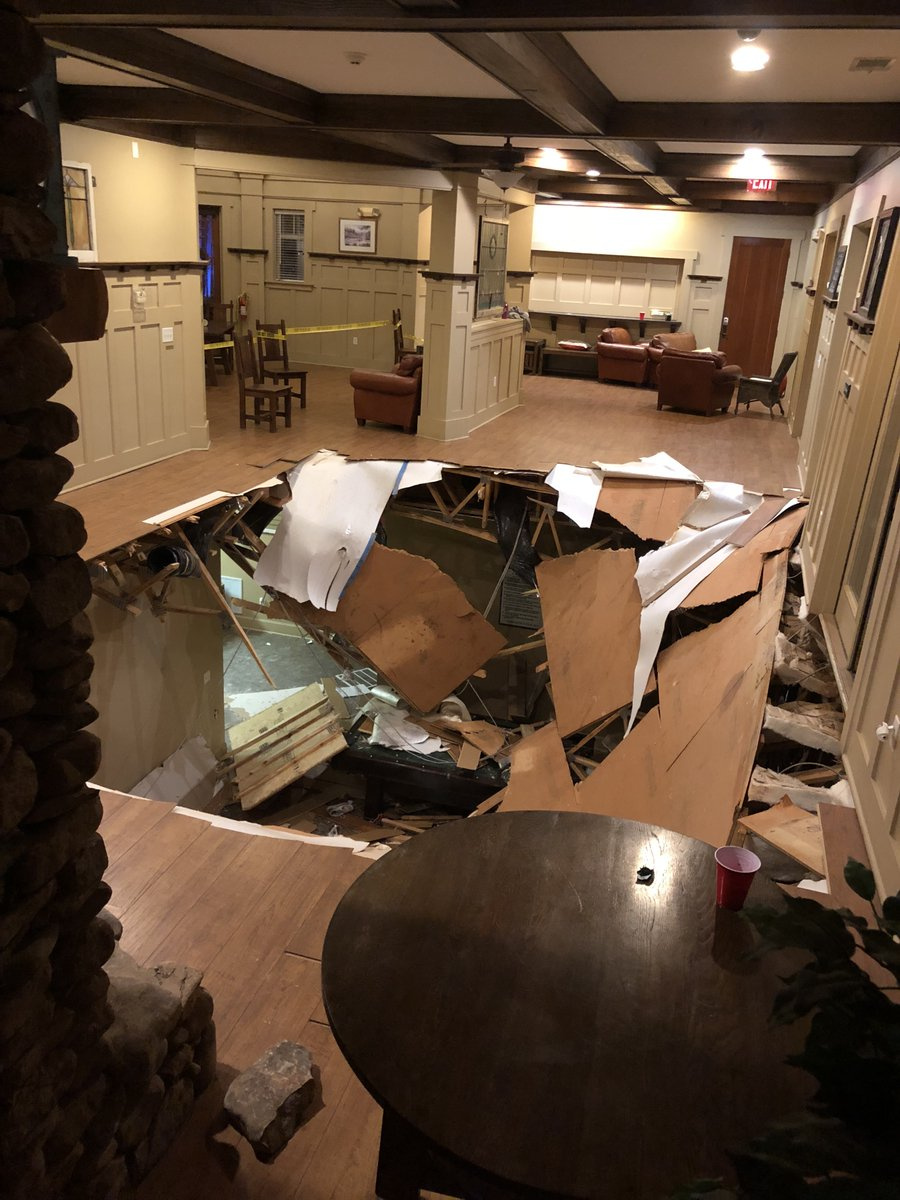 It's been more than 6 weeks since homecoming weekend at Clemson University turned into a nightmare for dozens of people at a Kappa Alpha Psi fraternity party, after a floor gave way under their feet.

More than 30 people were sent to the hospital and everyone was left wanting answers.

In a new report published by a third party inspector, EFI Global, the lead engineer found that there were no problems with the way the floor was built at the Woodlands of Clemson clubhouse.

Instead, he stated the collapse was likely caused by the "rhythmic jumping up and down of the closely spaced crowd attending the party, overloading the trusses."

Attorney John Reckenbeil of the Law Office of John G. Reckenbeil reviewed the report with 7 News on Tuesday, stating that because this was an unforeseeable situation for the building architects, he believes the property owners would not be liable.

"The floors weren't built for them to jump up and down in unison and create the weight that they created," he explained.

Instead, Reckenbeil believes the liability would fall on the host of the party, the Kappa Alpha Psi fraternity.

He further explained that if an indemnity agreement was signed with the apartment complex, the fraternity would be responsible for any damages.

"These people that were being the social host probably had some sort of knowledge that they were going to have a big party and a DJ and dancing, and ultimately that they would be responsible for it."

Meanwhile, many who fell are still recovering from the fall.

"Why did they let everyone come into the party? So many people into the party, knowing the capacity," said Kentravious Bell, a 21-year-old from Greenwood who had to get 6 stitches after falling through the floor.

Bell said a week after the incident, he got a lawyer to hold Kappa Alpha Psi responsible for paying his medical bills.

According to Reckenbeil, if the fraternity is sued by those injured for negligence, the money would likely come from the Kappa Alpha Psi's insurance company that was covering the event for the homecoming weekend party.

Still, with limits on what insurance can pay out for damages, Reckenbeil said it's likely not everyone injured would get all of the money needed to cover medical bills.

"This is a situation where you've got multi-millions of dollars of damages that ultimately these individuals will never see."