Is the Multifamily Slowdown Only Temporary?

Editor’s Note: As the article below makes clear, the perceived “glut” in multifamily construction is likely temporary.  Rents continue to increase due to a shortage of supply of both single-family units and apartment units. As more and more millennials seek to form households, they will need to choose somewhere to live. If they can’t afford a down payment, they will have to rent.  As rents increase, the appetite to construct more multifamily units will likely increase once again.

In a research note out Tuesday, Goldman Sachs economists suggested a February slowdown in housing inflation was likely temporary. In the March consumer price index data released Wednesday, they were proved right.

Goldman’s analysis was concerned with whether the rental industry would be able to weather the ongoing glut of new construction, and they believe it will. That’s good news for landlords, but not so great for renters. 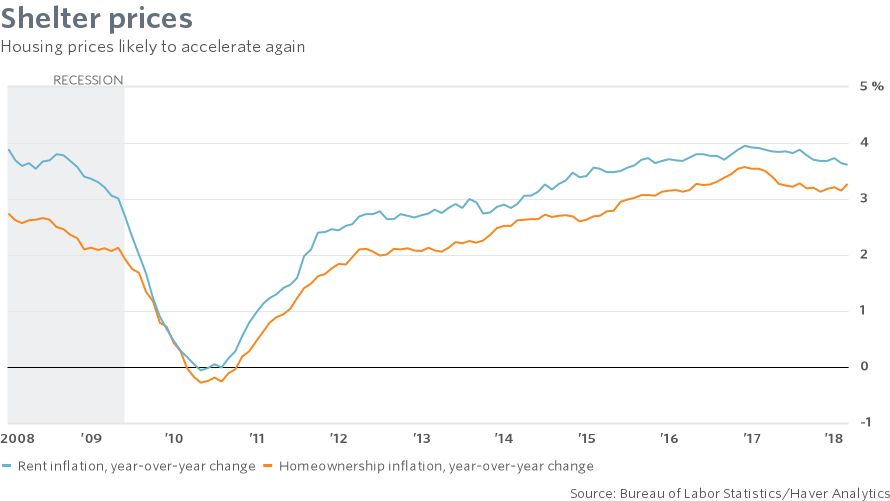 The Labor Department’s CPI tracks housing price inflation several ways. Housing costs for both renters – the category known as “rent of primary residence” – and for owners, a metric called “owner’s equivalent rent” – both accelerated to a 0.3% monthly gain from 0.2% in February.

As Goldman explained it, many analysts have assumed years of robust building of apartments, particularly in expensive cities, would eventually slow increases in the cost of rent. But, the economists wrote, “the pipeline of new projects appears to have peaked. Additionally, a rise in cancellations/project delays (akin to the 2005-2007 experience) may slow the pace of completions going forward. Most importantly, the rental market has been able to absorb this decade-high pace of new supply without a significant increase in vacancy rates.”

The Labor Department also reported Wednesday that average hourly earnings rose 2.7% for the year — continuing a years-long trend of rents rising faster than wages. Many tenants have “absorbed” rising rents because they have no other options, but hefty rent payments crowd out other spending. They also make it difficult to save for down payments.