People are smart, and people breathe, but most of us wouldn't think the same of the walls that surround our living rooms, bedrooms and kitchens. 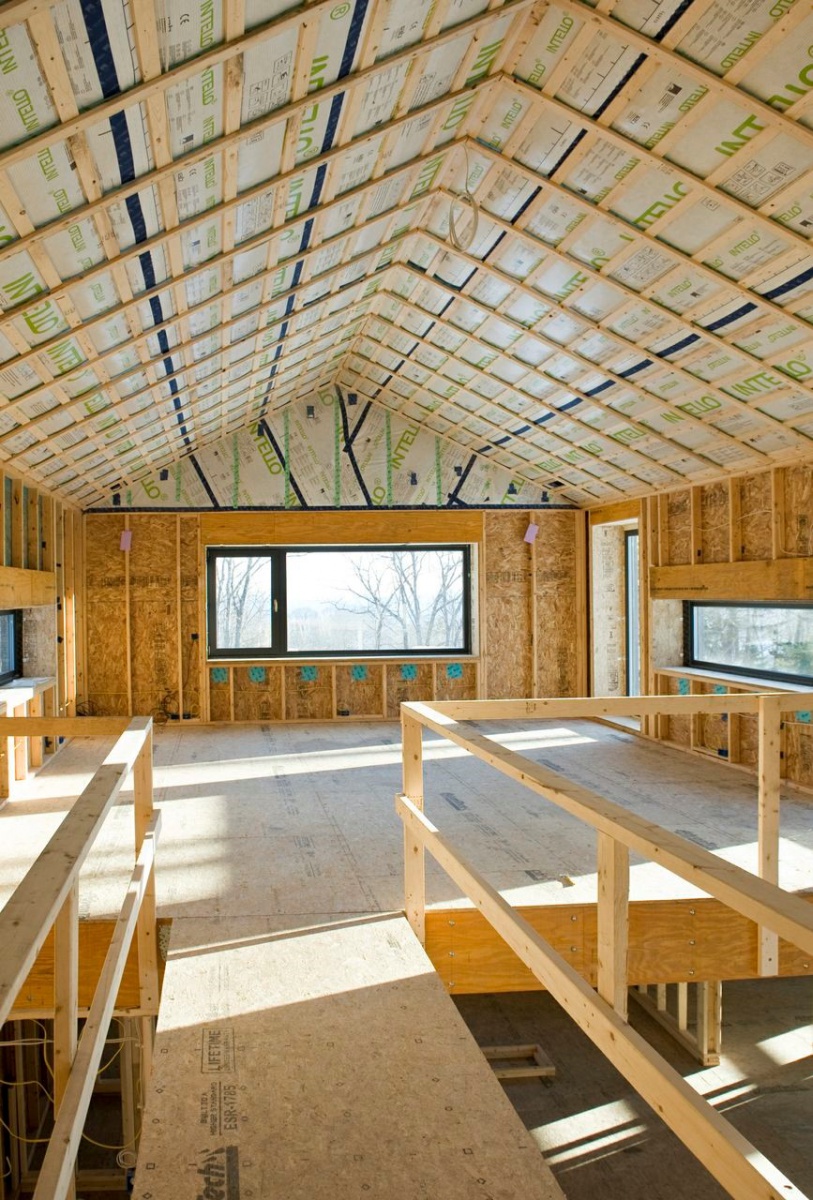 A couple of building professionals are trying to change that perception with what they believe is the smartest, most breathable wall ever developed.

Called the ‘Smart Wall,’ the system is made of efficient, resilient and sustainable products, including Havelock Wool sheep’s wool insulation, Intello wall lining membranes and Gutex insulation board.

The solution was conceived by Lucas Johnson and Andrew Legge, two men who moved into the building materials space because unwitting and careless decisions were — and still are — damaging our health and the planet.

“Most every wall out there is built with toxic materials and ends up being what we call ‘vapor-closed,’” said Johnson, a Seattle-based consultant for 475 High Performance Building Supply, which was formed in 2011 by a pair of long-time architects who wanted to make access to affordable, simple and complete building solutions easier. “Such walls trap moisture and are almost impossible to dry out. If a building or a house can’t dry out, it can lead to all kinds of bad things.”

What Johnson sees mostly in this scenario are two things: the structure itself becoming subject to accelerated decay, which can be costly to repair; and the cultivation of mold and contaminants, which can and do lead to symptoms commonly associated with a cold, such as headaches, stomach aches, itchy eyes, sneezing and coughing.

The finding came from a Harvard study, which revealed that occupants in buildings with low volatile organic compound (VOC) levels scored 61 percent higher on a test measuring critical thinking prowess. When higher ventilation rates were added to the equation, scores were 101 percent higher.

“This is not conjecture; it’s fact,” said Legge, founder of Reno-headquartered Havelock Wool, which is pioneering the use of sheep’s wool in the U.S. as a natural building material. “The kind of air we breathe matters. And it matters if you’re a business owner too, because when your employees can think straight, your bottom line is better for it.” 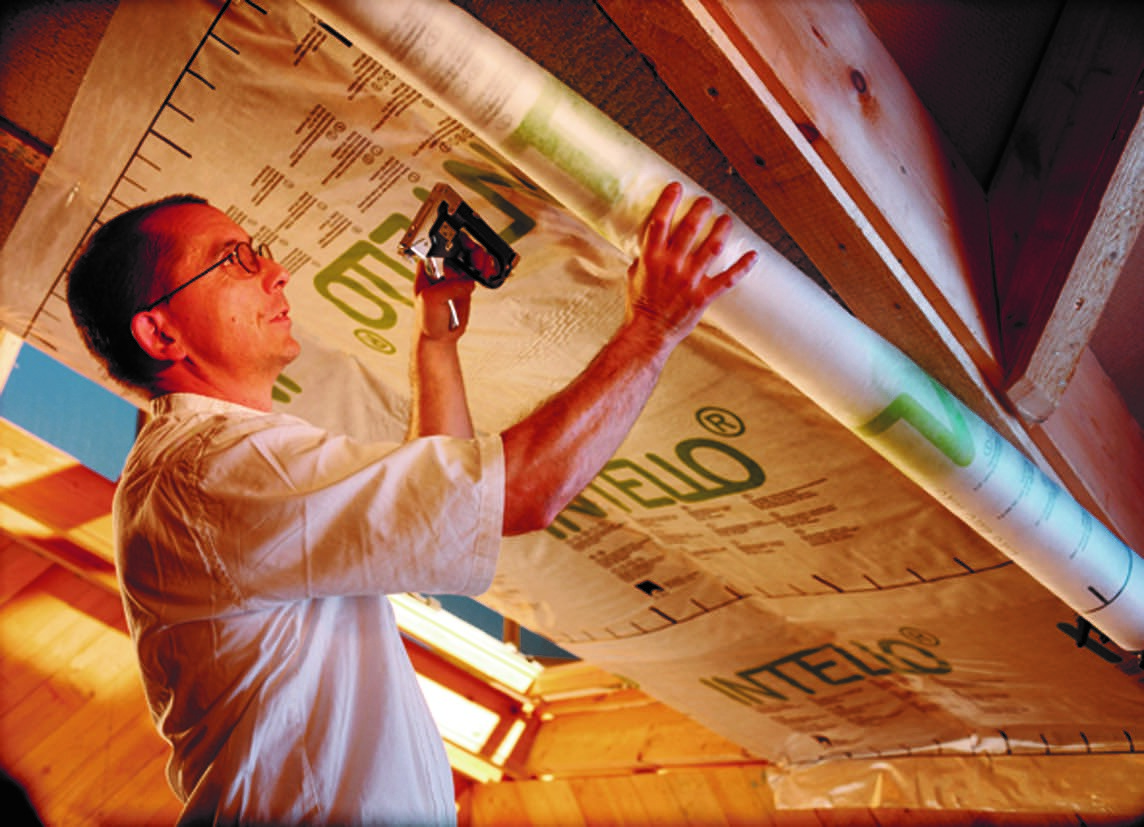 The ‘Smart Wall’ is an airtight, low-energy, biomimicry approach that Johnson has been looking to perfect since he started work as a consultant for clean-tech venture capital.

The solution was elusive, and frustrating, until a couple pieces fell into place: ProClima membranes and Havelock Wool insulation.

“Andrew’s product is ideal,” said Johnson, who has a bachelor’s degree in Physiochemical Biology and a master’s in Environmental Science. “We’re talking about material that is not only able to manage moisture naturally, but is void of chemicals, is fire resistant and is earth-friendly. It’s blackbelt-caliber stuff.”

Time will tell if the ‘Smart Wall’ will be a hit. But one thing Johnson and Legge already know is that many in the building industry — from architects and engineers to builders and installers — strongly support the concept.

Last month, Legge made a presentation to a group of insulation installers in Jackson, Wyo. The consensus was that the ‘Smart Wall’ would solve many of the problems they often encounter, such as moisture-riddled studs popping the foam in wall cavities. Some even showed Legge pictures they’d taken of failed assemblies.

“They were all fired up,” said Legge. “I think once people get it, there’s no going back to the way we were.”

Legge is now trying to get the same message across to Bay Area schools. As someone who has lived in or near San Francisco since 2010, he understands that “being green” is a way of life in that part of the country, and anywhere else parents are vigilant. 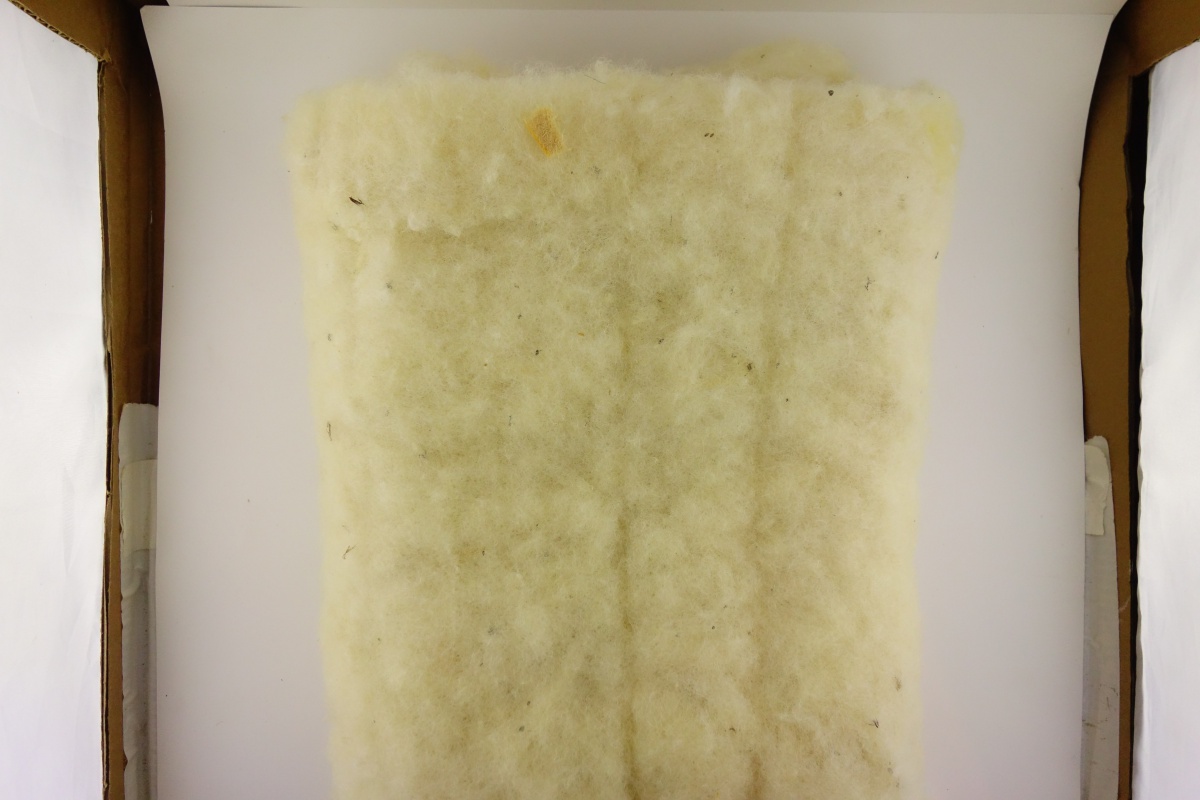 “Smart walls for smart kids,” Legge said. “That’s how we present it. What makes it extra cool is that, in addition to providing a safer, healthier environment for students, we’re providing a learning tool. How awesome is that?”

Of course, no conversation about the ‘Smart Wall’ ends without Legge or Johnson fielding questions about price.

That doesn’t faze them, though. Because while they admit their product is a bigger up-front investment than traditional solutions, they are equipped with a cost/benefit analysis that details the advantages over the long run.

“Everyone knows that repetitive maintenance adds up,” said Johnson. “From that standpoint alone, what we’re proposing is a no-brainer. It pays for itself within one to 10 years, depending on the size of the project. And if you include the externalities — like health benefits — it’s an even easier discussion. How much do you value having a building that won’t give you a cancer?

“So the real question is, can you put a price tag on your health and happiness? Of course you can’t.”