Marysville, Ohio, is home to the Ohio Reformatory for Women. Sitting on more than 257 acres, it is home to a population of approximately 2,600 inmates and also accommodates a staff of 463, including 237 security staff. 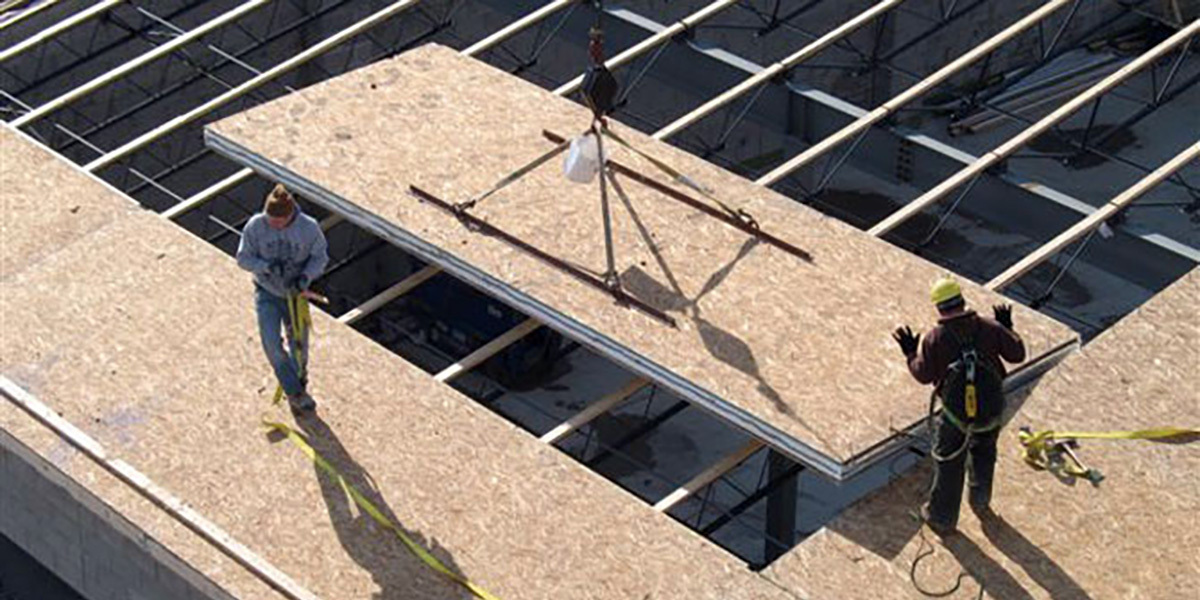 The construction of a roof addition – 40,000 square feet – to prison dormitory facilities had to answer the unique demands of prison construction.

Contractors needed a more impact-resistant product able to prevent escape. As with many publicly financed projects, it was also vital that the dormitory roof came in at or under budget.

Finally, the construction needed to be able to provide adequate safety to life and property.

The SIPs were designed and constructed in the factory, and shipped pre-assembled to the job site. This eliminated time that contractors might need in estimating and ordering materials, as well as the time spent constructing traditional stud roofs and blowing or placing insulation.

Barrier Technology Corporation's Blazeguard®, rather than gypsum wallboard, was chosen as the fire retardant panel for the project. This provided a Class A flame spread and a 20-minute thermal barrier, which meets or exceeds local construction codes. Since the Pyrotite® flame retardant is applied at the factory, using this product further prevented costly construction delays and saved the additional expense of buying and installing gypsum.

According to Project Manager Matt Becker of United Church Structures, the company hired to construct the roof, speed of construction and ease of use were primary considerations.

Using 8' by 24' pre-assembled SIP panels with Fire-Rated OSB Sheathing, Becker said the crews were able to set up as much as 10,000 square feet in one day.

"If we can save two to three weeks on the site, you don't need job-site trailers there and can move on to the next job faster," Becker said. "Contractors can also get ahead of schedule, and there is less time away from home for our workers."

Through the use of Structural Insulated Panels with Fire-Rated OSB Sheathing, the Ohio Reformatory for Women has a roof that meets the needs of security and safety while also meeting the expectations of a budget sensitive public.

"I think the toughness of the interior was most important," said Roger Nourse, president of Columbus-based Nourse Construction Products, the roofing subcontractor. "The Pyrotite and the OSB next to each other are tougher than nails."

"Drywall would have made the roof one-third heavier," Nourse said. "Not to mention requiring a bunch of taping a spackling. Fire-Rated OSB Sheathing gives it the fire protection it needs to meet the codes, without all that."