Editor’s note: The article below was produced and paid for by MiTek USA for use in the publication sourced above. For more information on Framing the American Dream go to sbcindustry.com/fad.

A recent controlled experiment in house framing conducted by the Structural Building Components Association has shown the clear advantages of framing with structural components over stick framing. Dealers offering component products who may need data to illustrate the advantages of trusses and wall panels can take note of a recent side-by-side comparison, which shows that a home built with trusses and wall panels was framed two and a half times faster than a home framed with dimension lumber.

In the comparison, two nearly identical 2,900 square foot ranch-style homes were framed using two approaches to their construction. One home was built using a “stick framing” method, and the second home was framed using components (roof trusses, wall panels, and floor trusses) that were manufactured to precision specifications, trucked to the site, and erected in a numbered sequence.

The goal of the side-by-side comparison was to see which approach to framing would take the least time, consume the least amount of wood, and require the least-skilled (and therefore lowest-cost) workers, while generating the least waste. 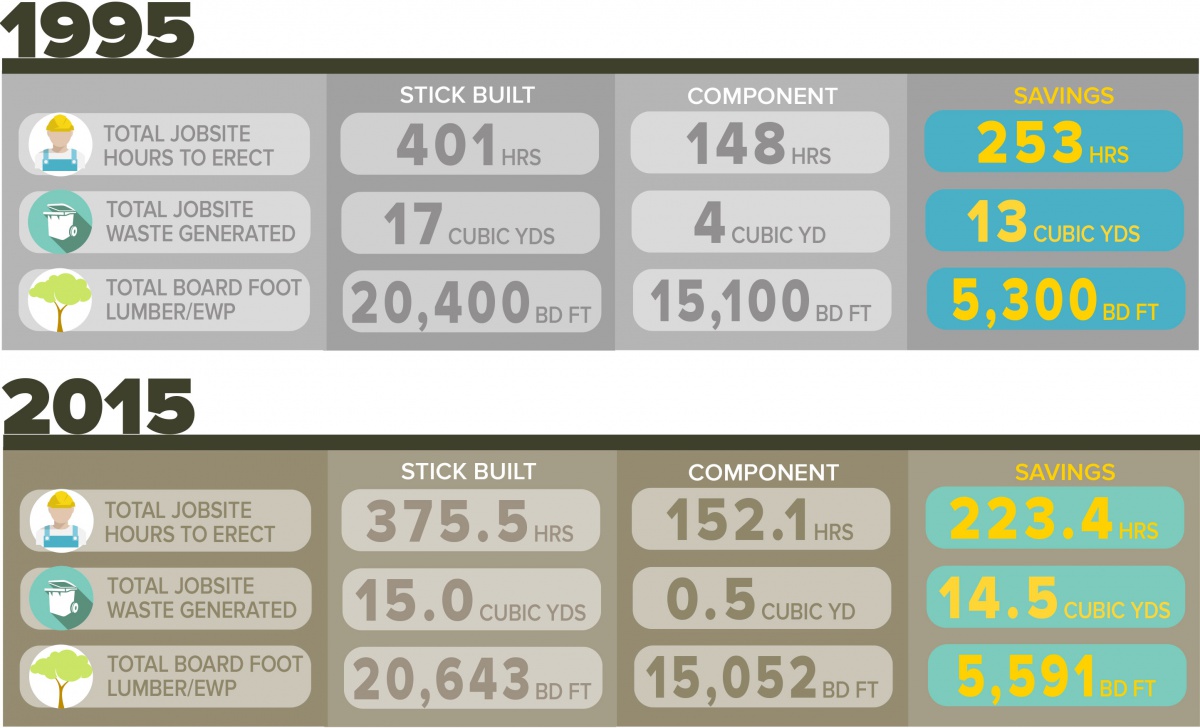 The construction was part of the Framing the American Dream project; both homes were donated to wounded US veterans.